As the last flap on the after-deck is sewn, after the frame is shoved into the completed covering, the now naked owner, accompanied by all the men present, sings his childbirth song to his new kaiak. The owner washes the cover with urine to remove any oil that may adhere to the surface, and rinses it in salt water. He then hauls his craft through the smoke-hole of the house and rests it on the snow, which will absorb dampness from its surface.  Later he puts the kaiak on its rack and drapes over it his talismans, strung on belts, which are later to be kept in the kaiak... [From David W. Zimmerly, Qayaq: Kayaks of Alaska and Siberia] 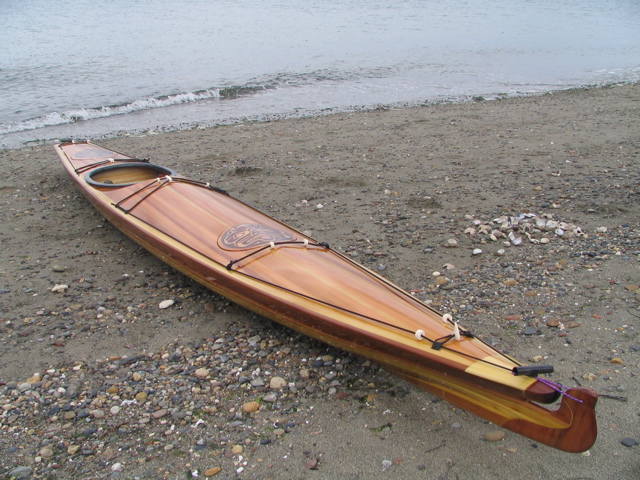 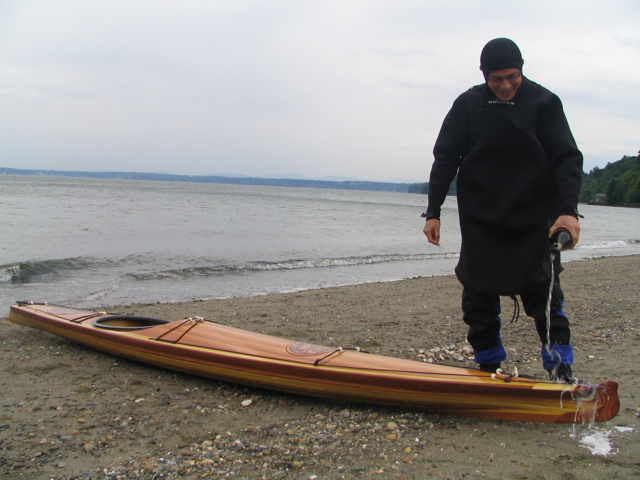 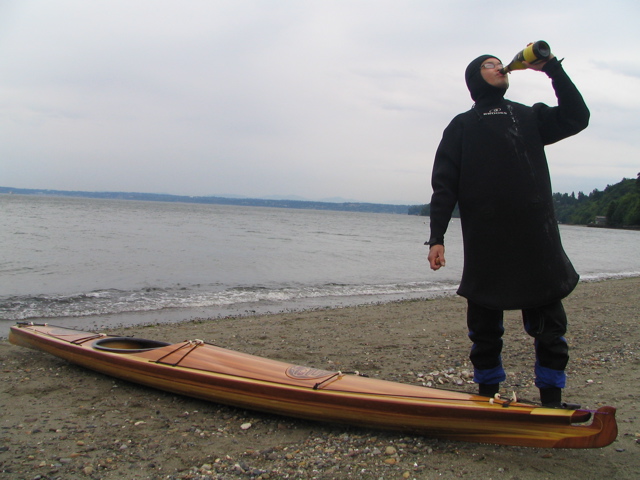 After getting home from work early I spend the afternoon on the final touches to the Shooting Star. My fingers are sore from pulling knots on bungee cord, undoing them, then doing them again to get it right.  After dinner we walk to the beach. The sky is drizzling and overcast. The wind is building. I set the kayak down by the water. I hold a bottle of champagne in one hand, and pop the cork. "I hereby name you... Moonlight Dancer!"  A generous splash on the bow and a little sip for myself. I squeeze in and secure my tuilik. The coaming has a very low profile. The fit is pleasantly tight around my thighs, but I have an inch or two extra footroom. She speeds me away. I put her on edge and bow rudder -- so smooth! Then a standard Greenland roll. She rolls easily and is stable on recovery. A few more rolls: reverse sweep, shoulder, butterfly, masikkut aalatsineq -- simply awesome! I've reached the end. She is finished. 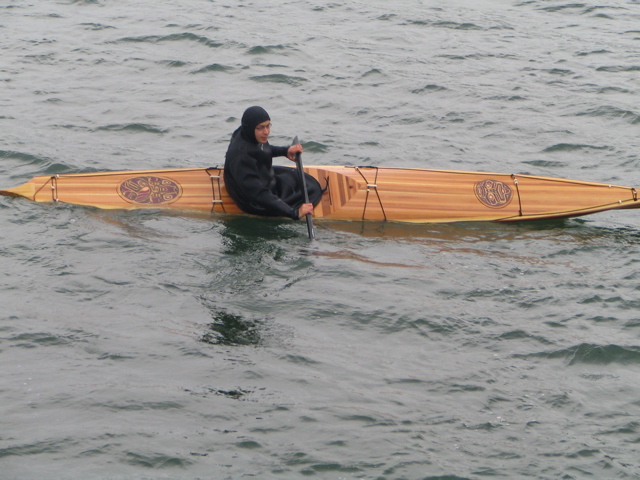 wow! that's amazing. You have a real gift.

People who have never gone through the process of creating their own boat, can't understand the feelings you must be going through.

First there is excitement at he thought of paddling. There is also relief that we will get a little of our life (or garage) back. But then I find there are bittersweet feelings as we stare at our beautiful creations and remember the process.

For me, I feel humble looking at your boat. I have never attempted building a boat of that complexity yet. It is something to be proud of, for sure.

Wow, that is an amazing boat. Great Job.

Thanks, Ah G! For kayakers, following seas are usually not a good thing, because many kayaks become difficult to control and tend to broach, but Moonlight Dancer does well in them!