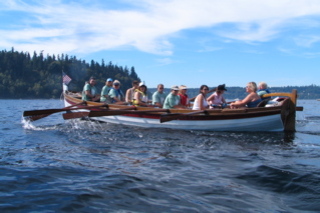 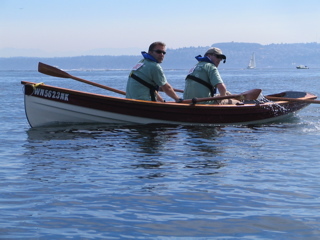 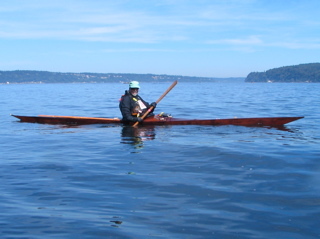 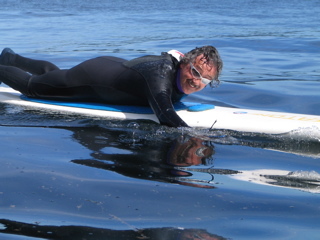 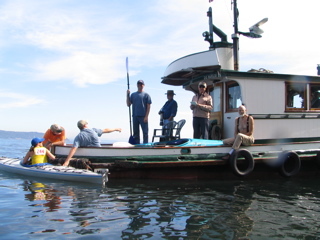 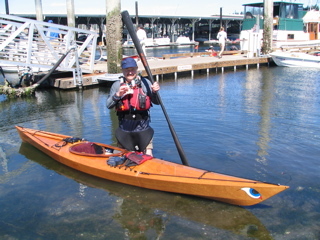 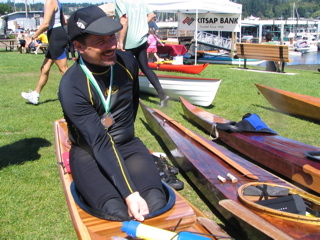 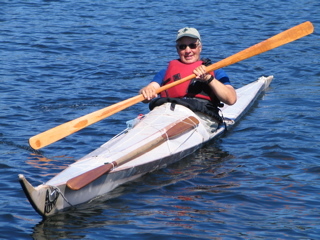 A hundred years ago the people who lived around Gig Harbor got to Tacoma in rowboats.  There were no roads or bridges.  The Gig Harbor Heritage Row celebrates this Puget Sound tradition.  It's not a race but more of a personal challenge.  Anyone in a human powered boat can join in on a 7-8 mile trip across the Narrows  from Gig Harbor to Point Defiance and back.  Last year they had 120 boats.  I don't know how many boats joined in this year.  Most of them were sea kayaks. There were a handful of rowboats, rowing shells, and even one guy on a surfboard.  I joined a few Qajaq USA friends for the trip in our collection of funny wooden kayaks: Mike in his stitch-and-glue Night Heron, Dick in his three-piece Pygmy Artic Tern 14, Henry and the other Dick in Greenland skin-on-frames, and me in Moonlight Dancer.

The crossing happened to coincide with a 3.1 knot ebb through the Narrows.  We started late and left the shelter of the Harbor to see the kayaks and row boats ahead of us scattered all over the passage.  Some had been set far north and way off course by the current.  That big boat with the 12 people in it?  It was all over the place and one of the slowest.  After making it across the Narrows we were fighting the eddy to the halfway point, the tugboat Joe.  Once around the tugboat it was easier going back along Point Defiance, but the rips in the middle of the Narrows had grown.  It's pretty impressive watching a little rowboat get swept away by that current.   It seemed like most people didn't even bother setting a ferry angle.  By the way, this was the first real trip for Dick's white skinboat, which is about 20 ft long and incredibly tough.  He put in 40 pounds of water ballast using cleverly placed PVC tubes.  Congratulations, Dick, for making it through those rips!