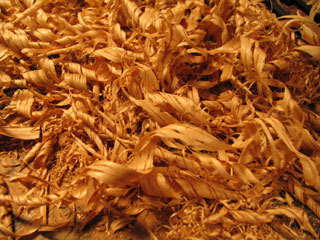 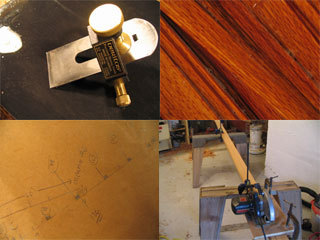 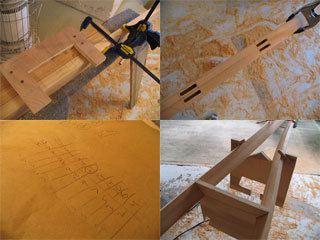 Do you believe things happen for a reason?  By chance I was working all last weekend and couldn't make it to the celebrated annual Redfish Wooden Kayak Rendezvous (R2K6).  Just days before that my friend Dick found  an East Greenland Kayak replica for sale on Craigslist and bought it for nearly nothing.  He brought it to R2K to show off. He wanted me to try it out afterwards, so he sent it to Tacoma with my other new friend also named Dick, but we'll call him Richard.  Richard just finished the frame for his own skin boat, so when I arrived at his place (a big old sailboat sitting in the middle of Tacoma's downtown Thea Foss waterway) to pick up Dick's kayak, he generously gave me some very long left over pieces of oak bending stock.  When I discovered that I couldn't fit in Dick replica, I suggested to Dick that I modify the masik and coaming, and possibly even reskin the boat to get it to work.  Both Dick and the builder were strongly opposed to the idea of changing anything on it.  I respect that.  Even if no one except a 13-year kid can get in it, it's still a work of art.  So can you see it?  All the signs point me to building an East Greenland kayak of my very own!  I had been thinking about doing it for some time, following the lines from Adney and Chapelle's Bark Canoes and Skinboats of North America, figure 208.

Last night I ripped and planed the oak rib and coaming stock, and set them in tubs of water to soak.  I went to my day job today and my cases were cancelled.  So I ended up having the whole day off, but it was raining and not the best day for paddling -- more signs!  So I had all morning and a good part of the afternoon to rip the gunwales, rout out the mortises for the ribs, and start shaping the deck, following the offsets I scratched down on brown paper.  Since this will be my 3rd skin boat, the work moves quickly -- there's not as much time wasted sitting around admiring my work, referring to the texts, or pondering my next move.

uh, yeah... you know we believe in signs. bigtime. glad that you're on board w all that now. the healing power of boats...