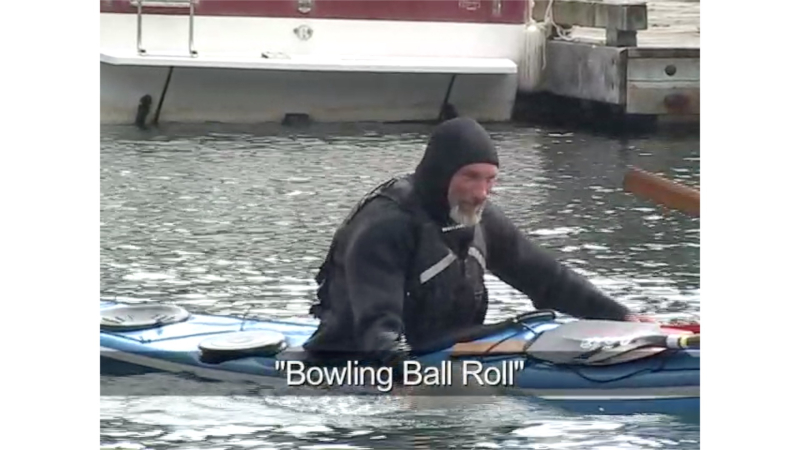 I can hear it already: "Oh no -- not yet another Greenland rolling video!"  Yes, it's true!  But this is better than any rolling demo you've ever seen -- really! In this video, The West Coast Sea Kayak Symposium Greenland Rolling Demo 2007, Leon Sommé of Body Boat Blade and Greenland rolling guru Dubside (in his shiny new custom Sterling Kayaks IceKap) are at it again with even more ridiculously difficult and impossible rolls, along with Shawna Franklin and Cathy Miller in a NDK Triton double sea kayak, and 10 year-old McKinley rolling with a bowling ball in her skin-on-frame Yost Sea Flea.

I was lucky enough to record the 1st annual "Roll Off" featuring Leon Sommé and Dubside at the West Coast Sea Kayak Symposium in 2005, not knowing at all what to expect.  That show totally blew me away!  It was a unique event, unlike any Greenland rolling demo I'd seen before, with Leon performing with a NDK Romany and Werner Ikelos paddle, and Dubside in a variety of boats, including his black Feathercraft Wisper.  It was informal and friendly, with a great vibe coming from the crowd, many who knew Leon as kayak royalty and Dubside as the new rock star of Greenland-style. Dubside even used a few seconds of my video in his Greenland Rolling with Dubside -- look for my name in the credits!

wow, there is even a symposium at your place. I am from singapore. There like that in singapore