Pictures From The Boat Shop 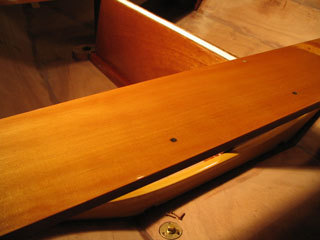 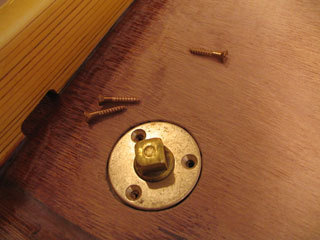 I finally finished brushing six coats of varnish on the seats, gunwales, and centerboard trunk of my Joel White Pooduck Skiff.  Looking back on it now, it took me over two months!  That's because I sanded between coats in every little nook and cranny in those seats.  Like I said back in August, if I had the chance to do it over again, I would probably forget all about painting and varnishing and just rub Boat Sauce over the entire boat.  It would be a lot faster and easier, and I'd probably be done by now.

On the other hand, nothing compares to a nicely varnished smooth glossy wooden surface.  You can look into it and it has depth.  The hull panels are still unfinished.  The next step is to paint the interior.  Before I can do that I had to finish up a few details in the interior: a drain plug and the mast step.

The drain plug is not really necessary but is a neat little detail.  It keeps rainwater from collecting if the boat is left outside uncovered. Apparently it was also traditional to put salt in wooden boats to prevent rot, since it is the fresh rainwater that promotes rot, not saltwater.  Note how the plug is neatly sunk so it sits flush with the bottom panel. 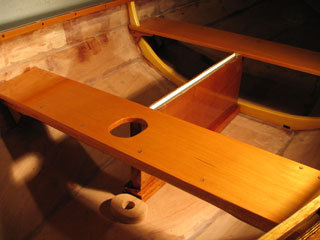 The mast step is a block of Honduran mahogany with a hole in the middle for bottom end of the mast.  It is epoxied and screwed into the bottom panel from the outside.  I also carved in a little groove to allow water to drain from the mast step hole.  How's that for attention to detail? 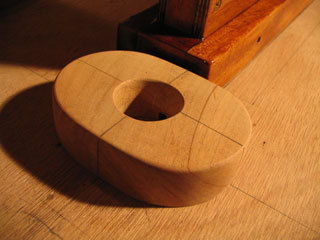 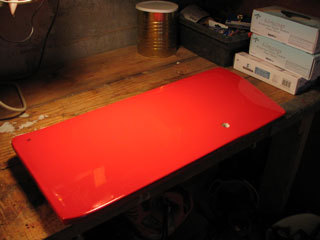 what a pretty centerboard!