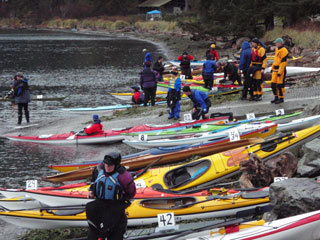 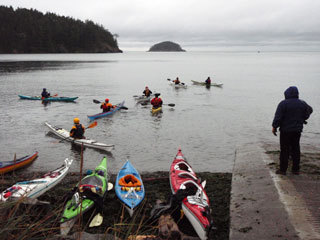 Well I survived the 2nd Annual Deception Pass Dash, or should I say, Deception Pass Slog.  What a brutal experience!  With the cold wind blasting in my face, rain and current, there were times I told myself that I would never do it again.  In the end though I was very happy to finish.

A high wind watch and high surf warning were predicted for the Whidbey Island area the night before the Dash.  I had wondered if conditions could get so bad that they’d cancel the race.   But I packed up my gear anyway and strapped my kayak to the roof of my car the night before, left early in the morning, and drove two hours through rain and snow to get to Bowman Bay.

The weather forecast didn’t keep the crowd away -- over 70 kayakers showed up.  I was lucky to get a decent parking spot!  This was clearly a much bigger event than last year.  They also had a bigger safety patrol with a support boat and couple guys from the local police on jet skis in addition to the usual support team in kayaks.  Even the Seattle Times was there to cover the event. 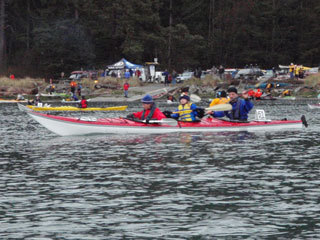 Check out the triple kayak.  Yes, they were in the race and finished 33rd overall.  That’s pretty damn ballsy if you ask me!  I asked the two kids in front what they thought about it afterwards.  All they had to tell me was, “it was cold.” 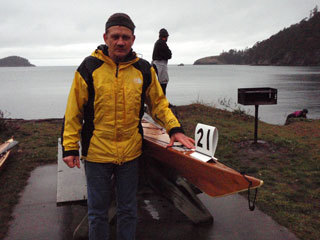 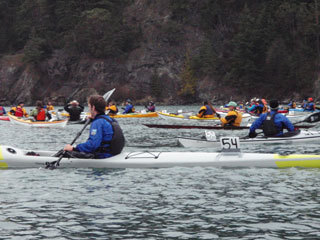 I started off surrounded by surf skis so I drafted off them and enjoyed a good start.  After they left me in their wake however I think 50 people passed me within the first mile.

I knew my baidarka likes to lee cock so I packed some extra gear in the foreward compartment to add some weight to the bow.  Even with the south wind coming at my beam as we headed into the Pass from Deception Island, it turned out to be perfectly balanced, although I blame the extra weight for slowing me down.

I choose to hug the Fidalgo Island shore to avoid the ebb current, so I ended up passing a number of people who stayed in the center of the channel.  But they ended up passing me again when we met up at Pass Island.  I need a faster boat!

By the time I got to Pass Island the ebb current had really started to flow.  I was right up against the rock wall and just inching along.  If you stopped paddling at all, or were forced a little too far from the wall (as some racers were) you would get washed out, never to return.  If I had made it to Pass Island much later it would have impossible get through.  Have you ever had one of those moments of panic, when you are paddling as hard as you can, then suddenly realize that you are just standing still, and soon will be too exhausted to continue and be swept away?  It was like that, but once in a while I’d be able to catch a little boost from the swell coming in from the West, and it kept me moving forward.

I strapped my GPS to the deck to record time and distance.  Being able to look at the speed occasionally was actually encouraging, because I usually felt like I was going a lot slower than I really was.  And during the last half of the trip, paddling with the current and wind through Canoe Pass, I delighted in watching my speed shoot up to 6.5 knots!

The last leg of the race from Deception Island to Bowman Bay actually turned out to be quite difficult as well.  Once again I was facing the wind and the current.  Afterwards I met a racer who made it through the Pass and all the way to Deception Island but just didn’t have the energy to make it back from there.  He got a ride back on the support boat. 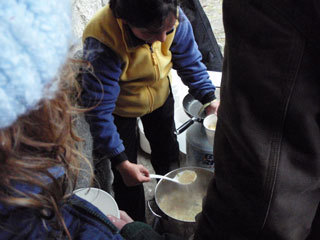 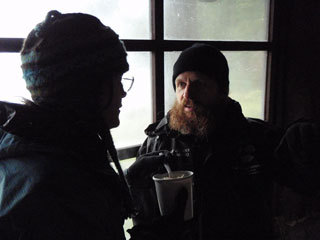 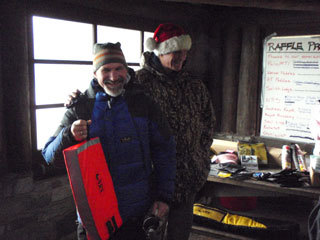 There was lunch at the crowded picnic shelter afterwards: burgers, chili, miso soup and hot cocoa.  The prizes were given away randomly, rather than by how you placed in the race.  If your name was drawn you got to choose an item from the many prizes donated by the sponsors, including things like a Werner paddle (any model you want), PFDs, dry bibs, helmets and all kinds of gear, and a copy of Greenland Rolling with Dubside.   I won a drybag!

So what did Leon Somme of Body Boat Blade choose after his name was drawn from the hat?  An NRS rigid closed cell foam paddle float, of course!  My thought is that he’s probably doing a service by keeping it out of the hands of someone who might actually try to self-rescue with it!  ;-)

Many thanks to Seattle Raft and Kayak and race director Bill Walker for organizing such a great event!  You can view the race results here. 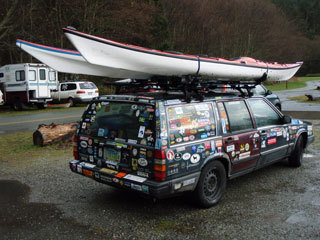 I didn't particpate in this years race, but I did capture some video footage and, although we haven't met, I do believe you're in some of the footage. Good job on finishing!

Thanks, Steve. I remember noticing one of the support crew members was wearing a helmet cam. Was that you? Anyway, if you ever publish your footage on on the internet please let me know.

Sorry about forgetting to post the URL. Here it is: http://www.xexplore.com/2007/12/deception-pass-dash.html