Slaves to the Machine 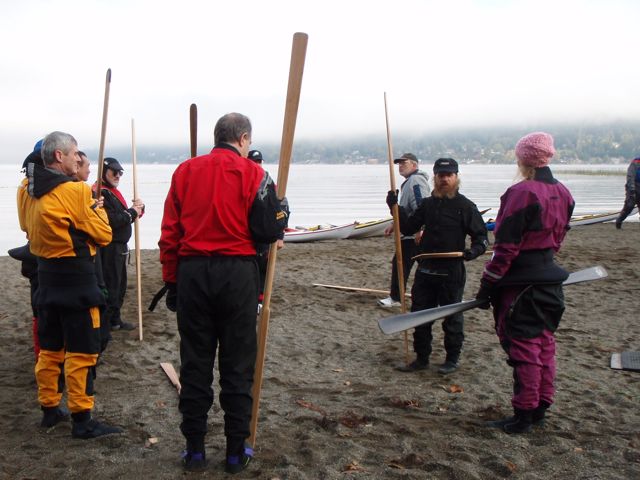 When Dubside was editing his movies he made a rule that he would only use his computer on odd days. Video editing is very labor intensive.  He recognized from the day he let his Macintosh into his apartment, the monster of high technology would insidiously work its tentacles around every part of his life if left to wander around unrestrained.

The implementation of every new technology follows predictable phases. In the first phase it is a novelty, a shiny new toy that leaves you thinking, "This is really cool! But do I really have a use for it?” In the second phase you realize the full potential of this new tool, which eventually results in incredible savings in time and labor, and allows for a flowering of creative expression not possible before. It's nothing short of revolutionary. In the third phase it turns you into its slave. You can tell when you've reached this phase by the excessive amounts of time and effort you spend maintaining, upgrading, and feeding the system. The inevitable system crashes leave you bewildered, sitting in the dark. These moments force you to ponder: “What will we do without it? What did we ever do without it?” With prolonged deprivation, you might become intensely bored, moody, irritable and start trembling like a junkie in withdrawal.
This describes the experience I went through with my new iPhone, which I am using to write this today. I passed from Phase One to Phase Two within a couple days.  Now I can post to my Facebook while sitting on the toilet -- and can't imagine what I used to do before that!  I'd be lost without my iPhone, having become so dependent on it to organize my entire life, keep me connected, informed and entertained.  I expect that in the future it will be indispensable in navigating through the inevitable age−related cognitive decline.
Dubside knows of the power and dangers of new technology. He is a true Luddite. His refusal to own or drive a car is well known.  It's probably not surprising then that it took a great deal of effort to get him to use a cell phone for the first time. At first he insisted that someone else hold the phone, and he would speak to the other party through the person holding the phone. As far as I know he still doesn't surf the Web or use email. I am pretty sure that he will never read this post or any of the other things I've written about him unless someone prints it out on paper and hands it to him. But his mistrust of technology didn’t stop him from using a video camera and Final Cut Pro to communicate and popularize Greenland style kayaking. In the end he had the strength to turn it off and walk away, having declared victory in accomplishing what he and Tom Sharp had set out to do -- documenting on video Greenland traditions in three movies: Qajaasaarneq, Greenland Rolling with Dubside, and Modern Greenland Kayaking.
Recently I subjected my family and myself to an experiment. For one day a week we would not use the computer: no electronic games, no Internet, no email. We got bored quickly on those days and discovered that there were several hours in the day that cried out to be filled with something. You can only play board games by candlelight for so long. Unfortunately, everyone filled the time watching TV or taking naps late in the day. After a few “no computer days” my son declared that the whole experiment was pointless and started immediately playing World of Warcraft again with the awesome new Wrath of the Lich King expansion pack. Total failure.
It’s time to face the fact there is no simply no turning back time and going back to playing board games by candlelight, unless you want to live your life like Ted Kaczynski, or unless civilization as we know it collapses. Those of us who can't walk away might as well embrace this technology fully, completely, and unapologetically. We will remain slaves to the machine, but hopefully not without occasionally reaping some benefit from these enormously powerful tools. Someday maybe emancipation will come, when the Internet reaches the fourth and final phase: obsolescence. Then a newer, shiner toy we can scarcely imagine today will have emerged, perhaps setting us free once more before luring us into its own trap.