Surfing the Epic GPX Kayak on the Peruvian South Coast 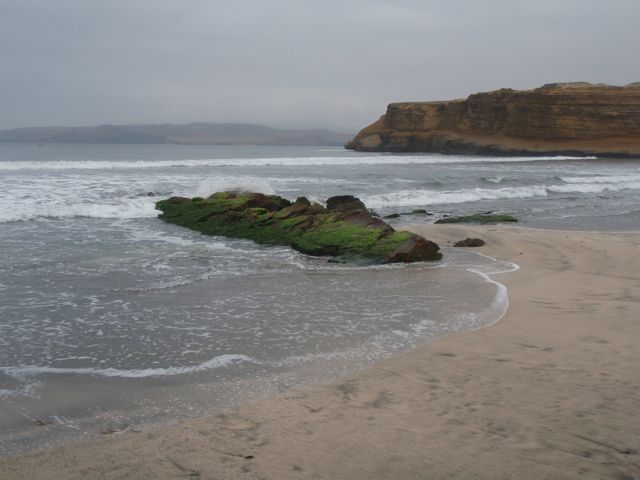 The desolate coast at Paracas.

I just got back on Sunday night after spending a week in Peru with a friend who has a house on the ocean by the Reserva Nacional de Paracas. The park is a desert peninsula where nothing ever grows and where it hasn’t rained for over a hundred years. This place resembles the surface of Mars -- totally lifeless. The shore just south of the peninsula and around the peninsula itself is made up of dramatic cliffs and small pocket beaches. There are numerous sea caves and arches, and islands just offshore. We spent the week touring along the open coast (more on that later). 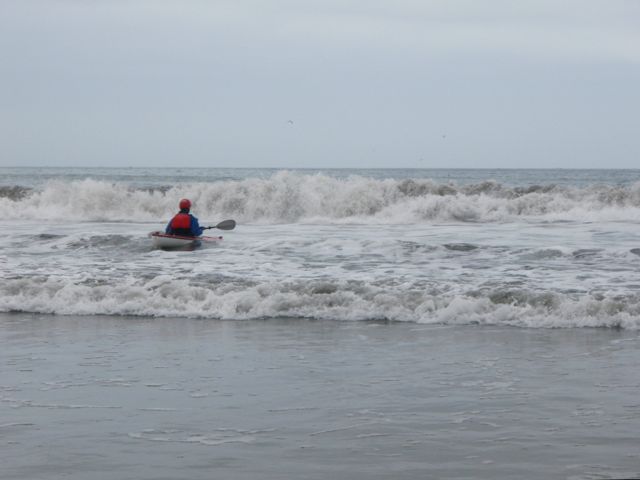 Preparing to break out through the dumpy surf on a stingray-infested beach. 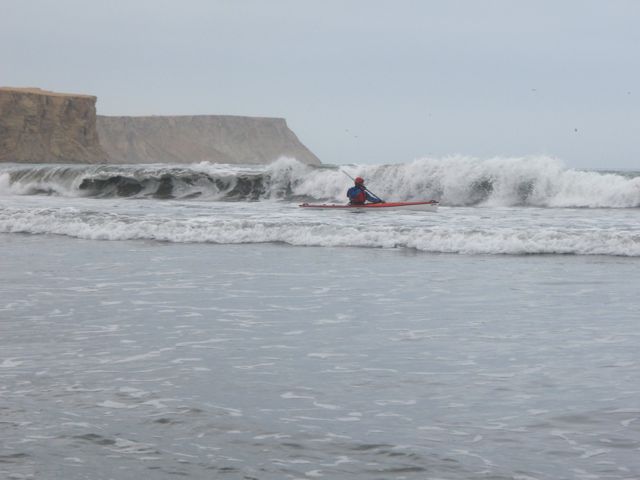 This video is from the day we spent practicing in the surf zone with a couple 12 foot long Epic GPX kayaks (not the kayaks we took touring). We drove the kayaks across the desert looking for a beach with friendly surf. It came down to a choice between a beach with rocks and one infested with stingrays. 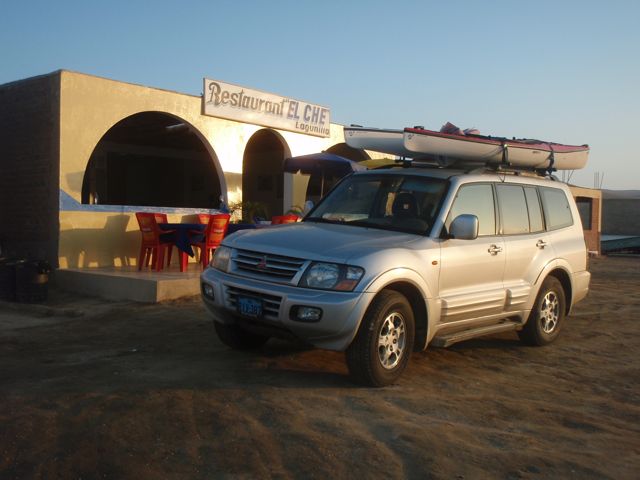 One of the restaurants in the National Reserve at Paracas.

I got a couple good rides in and rolled around a few times. In my last ride I wiped out after I fell from the crest of the wave. While underwater I felt my kayak paddle break in half! I don't know if it hit the sand when I capsized, but it felt like it just fell apart as I was bracing into the wave. I had to roll up using one half of the paddle. Then as soon as I recovered another wave slammed into me. In the end I paddled to shore canoe−style. Check it out- −− it’s all there on the blurry video!

The paddle was a carbon−fiber Epic paddle that belonged to my friend David. Lesson learned: do not use an expensive carbon touring paddle for playing in the surf, unless it belongs to your friend, ;-)

UPDATE: Epic has agreed to replace ALL of the paddles (6 total) that David purchased from them, not just because of my paddle snapping in half but because of other problems. The adjustable ferrule on one paddle stuck in place and then broke when we tried to force it apart. The blade edges on the other paddles have started to delaminate after light use. Epic said this was due to a manufacturing defect.

Nice images. Epic is really good about their after care market. I snapped my carbon-fiber paddle getting out of my kayak (don't ask) and they repaired it with no questions asked.