Snapshots from Peru: The Necropolis at Paracas National Reserve 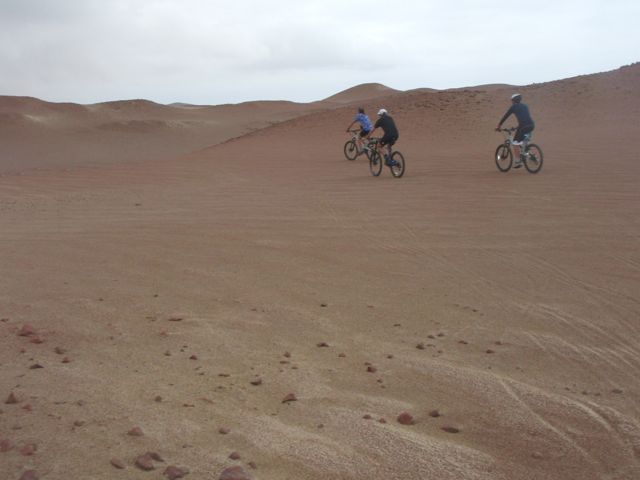 David led a group of us on mountain bikes through the streets of Paracas to the National Reserve. We entered the park off the main road and behind the gate.

“If the guard starts to yell at us, don't pay attention. Just keep going,” he said. We were trying to avoid paying the 5 soles entry fee.
Although we slipped in silently several yards away from the gatehouse the guard still spotted us. He yelled but we ignored him and continued further down the road and over a slight rise.
Then I heard a motorcycle approach from behind. The guard had chased us down. He pulled up right into the middle of our group. We stopped and David spoke to him. David explained that we were just going for a little ride. We weren't going to the museum. Plus we've been coming and paying the entrance fee every day for the past week. And Oscar said it would be OK. You know Oscar, don't you?
I think that was the gist of the discussion. It actually went on much longer than that. In the end the guard relented. This time he would let us go, probably because we were friends with Oscar (whoever he was). 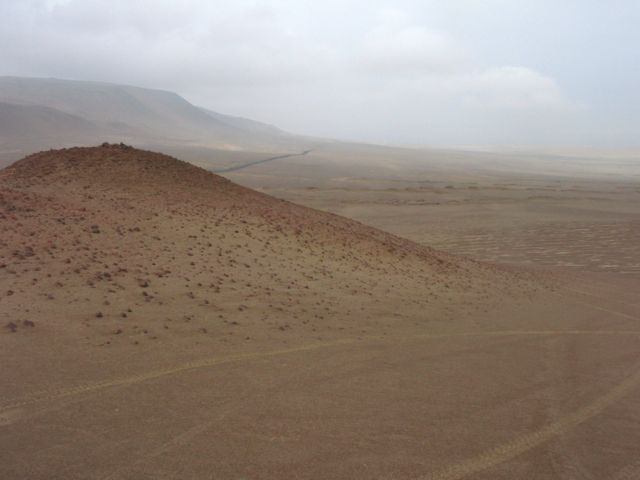 We continued further up the road, and after checking to see that the guard was out of sight, turned off into the sand. David led us up a steep hill to the top of a ridge called the Cerro Colorado, then onto a carpet of red sand between the low rolling mounds along the top of the ridge.
“Stay out of sight of the gatehouse”, he said. Obviously we weren’t supposed to be up there. Our tracks scarred the pristine hills. There were signs that others had been up there recently as well, from a motorcycle and probably an ATV. 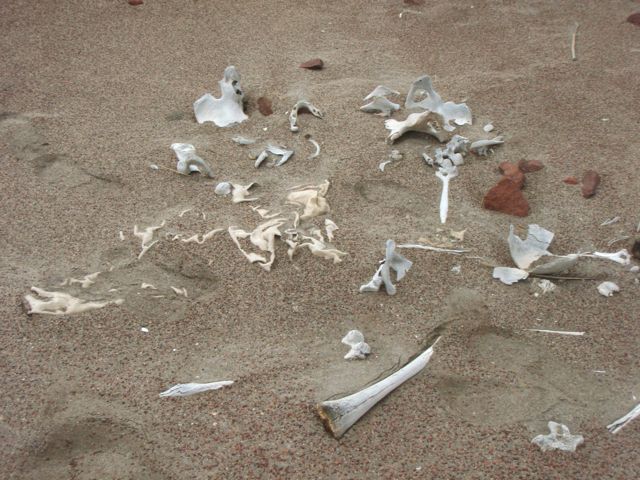 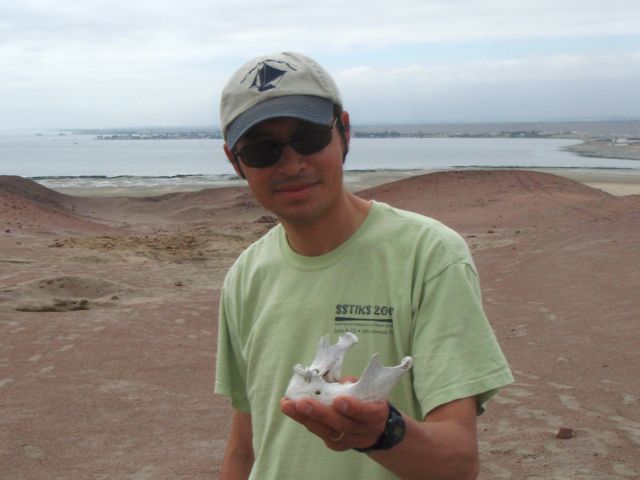 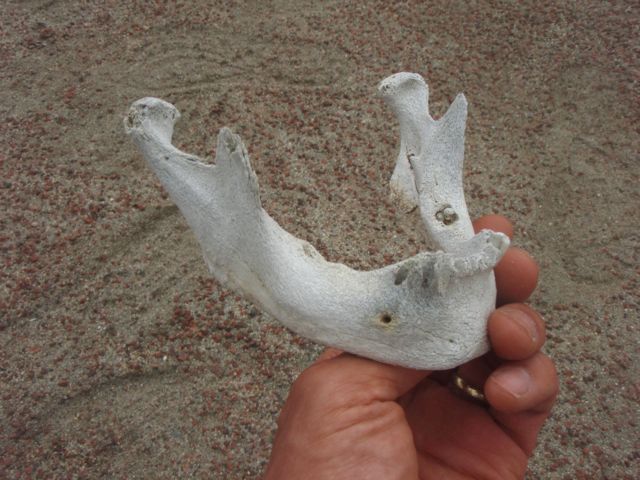 Finally we stopped at an area at the northeast end of the ridge. We had a sweeping view of the Bay of Paracas below. The sand here was littered with bones -- bleached, white, weather−worn human bones. David walked over to a pile of rags and bones lying next to a deep hole in the ground. These bones were different −− ruddy brown. They gave off the sweet, sickly smell of rotting flesh.
“This is fresh,” he said. “Within the last six months. Someone’s looted the graves. See the smaller holes? Those are test holes dug to try to located the chambers.” 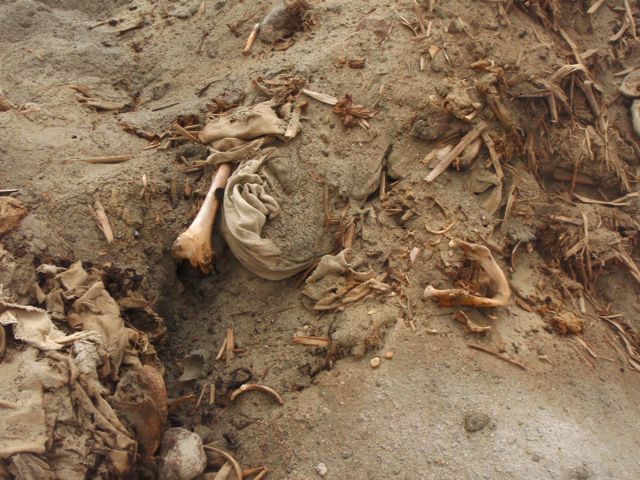 Two thousand years ago a rich civilization flourished in Paracas. They left a wealth of artifacts in their tombs, including pottery and textiles. They wrapped their dead in embroidered cloaks, which are among the finest examples of the art of textile making. The looters extracted these artifacts to sell on the lucrative black market for pre−Columbian art. The mummies themselves have no value to looters and are left behind. Animals probably eat or run off with the bodies, which apparently are still appetizing after sitting underground for two thousand years.
Nearby we found other objects: a scrap of textile, a fishing net, and a braid of hair. Later we found two deformed skulls. The Paracas culture practiced artificial cranial deformation.
Unfortunately, the looting of Peru’s treasures is nothing new. In fact, looters are usually the first people to discover new archeological sites. The older, weathered bones we saw were from graves that had been robbed in the early 20th century. It’s sad and ironic to think that the guards would chase down tourists like us for not paying a 5 soles entry fee, yet can't protect the park from the looting of this country’s precious archeological artifacts.