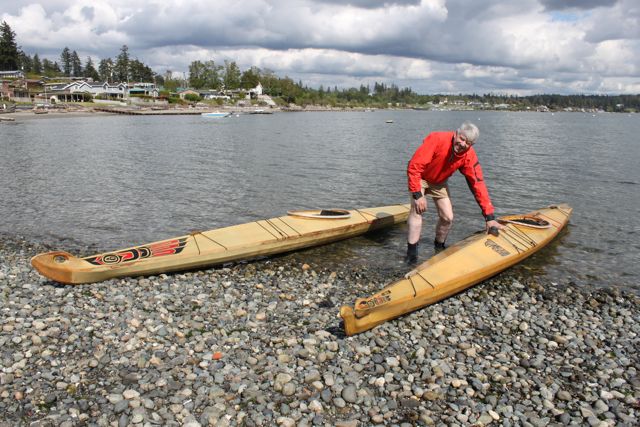 I met Jim Mitchell a few years ago at SSTIKS and caught up with him this weekend. I was interested in hearing how he makes Aleut paddles because I want one for my Shooting Star cedar strip baidarka.

We took down a couple of his kayaks and paddled them on Tulalip Bay. I paddled in the one named Coho, which started out life as a King Island kayak but was later fitted with a baidarka type stern to improve tracking. Coho came equipped with a single blade King Island paddle, similar to one I made myself when I was trying to teach myself the elusive King Island roll, but with superior craftsmanship. The Aleut baidarka is the one I remember from SSTIKS called Raven.  Both kayaks behave very well on the water -- smooth and fast. In a moderate breeze I noticed no tendency to weathercock, a common problem with homemade skin-on-frame Greenland kayaks.  I asked Jim how he achieved this but it was a secret he wasn't telling. Boatbuilders can be like that. Just try to find out where they get their wood, for instance. Actually, Jim shared some of that information with me. The yellow cedar ribs for Coho were harvested as driftwood from a beach in Canada -- illegally. 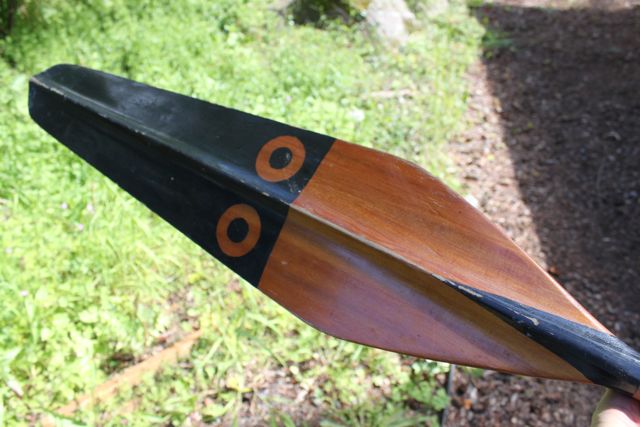 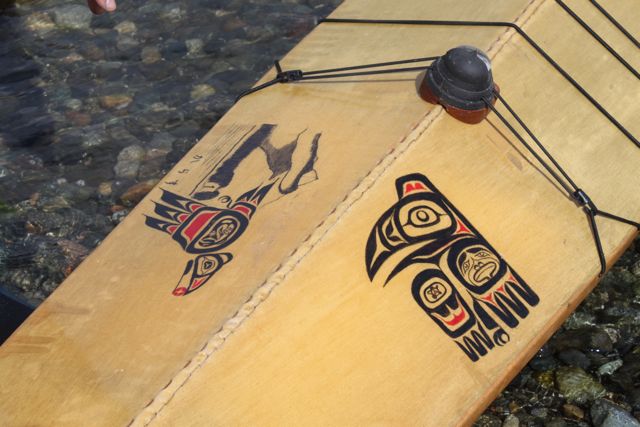 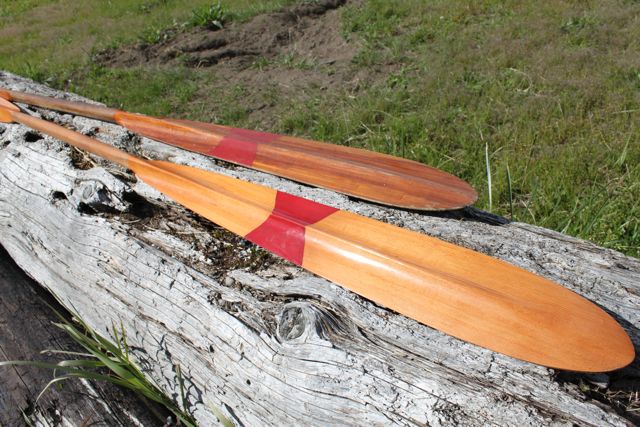 Paddling technique with a Aleut blade is a little different than with a modern paddle. One plants the blade as far forward and as close to the kayak as possible like a modern paddle, but only part of the Aleut blade will be submerged because the blade is so long. The red marking on the blade indicates how deep it should be planted in the water. With a modern paddle one applies most of the power at the beginning of the stroke. With the Aleut paddle the force is applied midstroke, after the entire blade is submerged. Then one allows the buoyancy of the paddle to lift it out of the water at the end of the stroke.

Application of most of the force midstroke is also necessarily part of the Greenland technique because of the similarly long, narrow blade. But in contrast to the Greenland style, where I keep my elbows down and close to my body and hold the blade canted forward, I paddle with an Aleut blade with a my elbows up and keep the blade close to the kayak and as vertical in the water as possible. The Aleut paddles feel like they have more purchase on the water, faster acceleration and are generally faster than Greenland paddles.

Just to give you a sense of what conditions these paddles were made for and are capable of, I should mention that Jim based his paddle replicas on paddles found with a three-man Aleut baidarka found in Hokkaido, Japan. 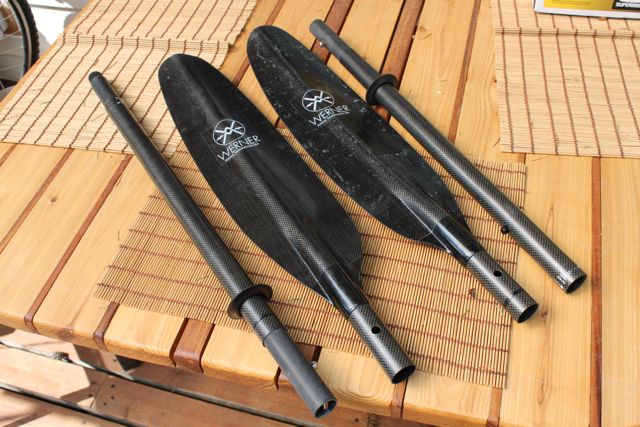 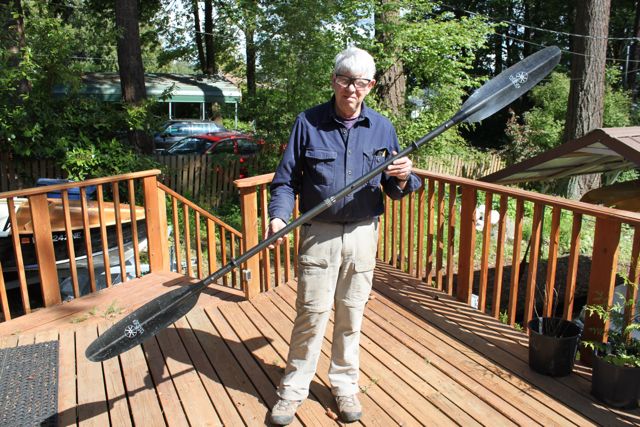 Jim also showed me another sweet little gem: a prototype lightweight 4−piece carbon fiber Werner paddle with a distinctly traditional look. The blade is actually based on the Werner "Little Dipper" but much narrower.

Awesome post, I just found your blog, and am thrilled. I teach 'modern' kayaking, and needed some insight into aleut paddling. thanks.

Wow, really? Thanks for the info. I always thought the Little Dipper was just a kid's paddle. And they made them in 4-piece carbon fiber back then? I should have asked Jim how old it was.