Voyage of the Shearwater

Richard Lovering finally launched his skin−on−frame version of a Joel White Shearwater double−ended sailing/pulling boat at the Tacoma Maritime Festival two weeks ago and is now sailing up Puget Sound to spend a few weeks gunkholing around the San Juan Islands. Although a little tippy at first, the Shearwater settled down with the addition of 150 pounds of steel fixed along the keel. Richard demonstrates how easy it is to row from the rowing station at the stern in the video. 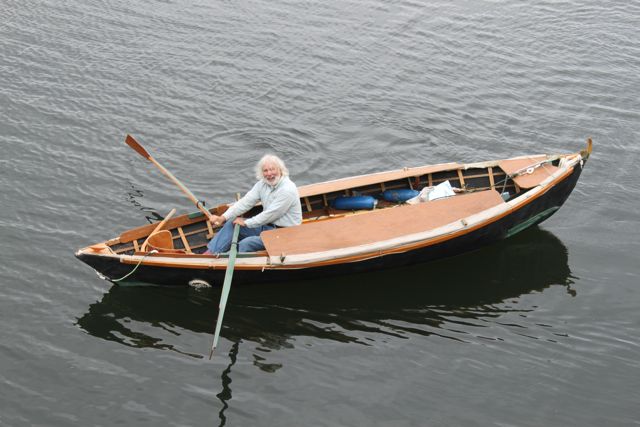 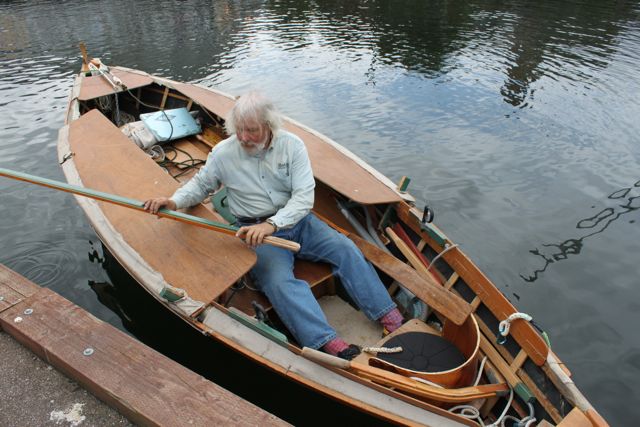 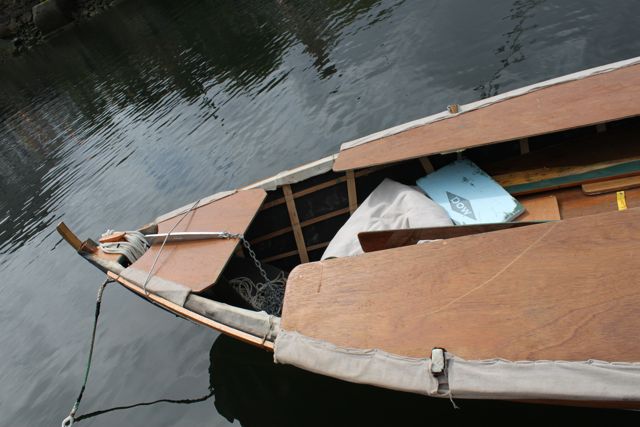 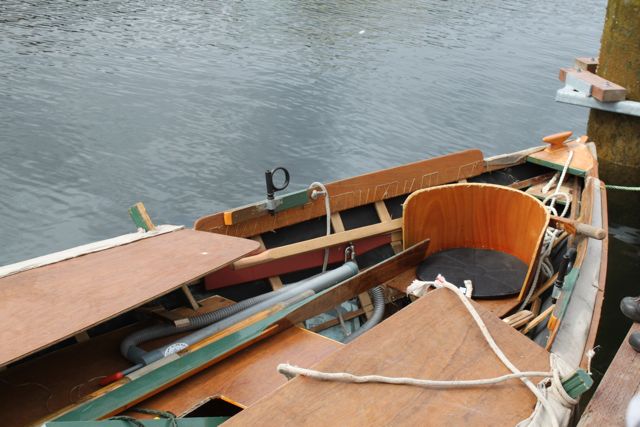 From its homeport at the Thea Foss Waterway, the Shearwater has stopped overnight at Point Defiance, Lisabeula on Vashon Island, Blake Island and Bremerton. It is equipped with a spritsail and a daggerboard. A rudder mechanism mounted on the starboard side proved to be ineffective and had to be removed. So far, an oar held off the stern seems to serve well as a rudder.

Ricardo had hoped to make it to the Port Townsend Wooden Boat Festival this weekend. Unfortunately because of calm winds his progress has been slow. 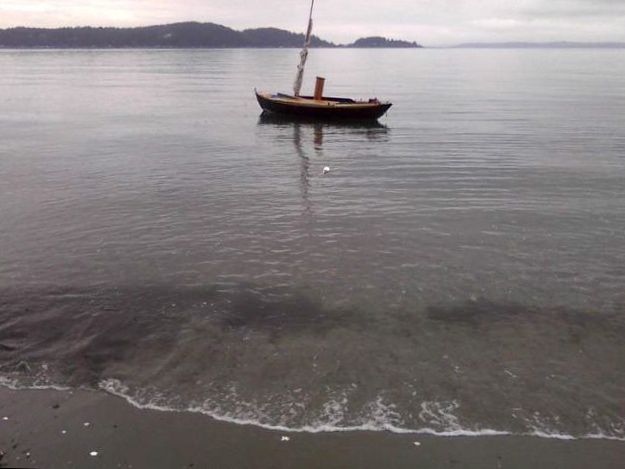