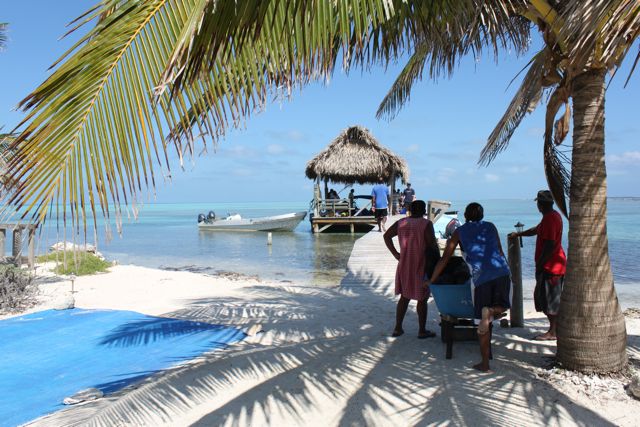 And so we said goodbye to the Canadians Peggy and Tassy as we dropped them off at a beach on Coco Plum Caye. Their kayaks were already at the campsite. They hurriedly checked all the other gear to make sure they had everything. As we pulled away I heard some frantic yelling from the beach -- something about only having one paddle. And where was the stove fuel? In the end everything was accounted for. Goodbye, Peggy and Tassy! And good luck! Watch out for crocodiles! 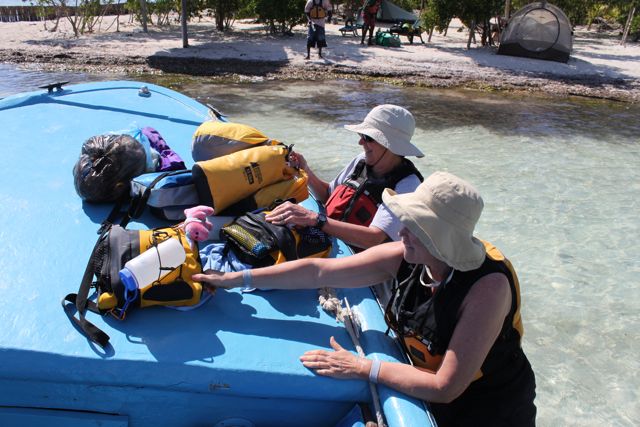 I must admit that I envied them a little and would have loved to stay longer paddling in the cays, but more adventures were calling me inland. About a week or so later I got an email from Tassy:

It was a great trip. We had a good camping experience. The day we went from Coco Plum to Billy Hawk was a challenge as the wind came up. I got really tired but we made it, thanks to Peggy's direction. We stayed on that island for the 4 days as the winds were too strong to venture far but the snorkeling was good and the hammocks were relaxing. Hope all is well and thanks again. Tassy 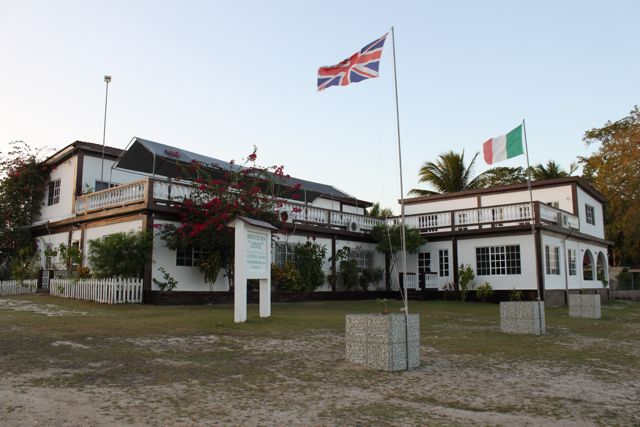 That evening I was having dinner at the Birds Eye View Lodge in Crooked Tree Village, which is located in the center of a shallow lake and only accessible via a long causeway which sometimes floods over during the rainy season. In the summer, the lake dries up to almost nothing.

I had a conversation with a big bearded man sitting at my table and we talked about where we had been in Belize and where we were going. I mentioned that the next day I would be headed up the river to see the Mayan ruins at Lamanai.

"You came all this way just to see ruins?" he said. "And not the birds?"

It turned out that he had been a professor of ornithology at a community college in California for the past 30 years. The wetlands around Bird's Eye View Lodge are a wildlife sanctuary and apparently an excellent place to view waterfowl. I started noticing all the binoculars other people were carrying and suddenly realized that the whole dining room was filled with birders. In fact I think the entire Oregon Audubon Society was there, all dressed in quick-drying khaki-colored ExOfficio Bugsaway® safari wear. I was beginning to feel very out of place. I finally understood then why our driver Lenny that afternoon had made a big fuss about turning off the main highway and a mile down a gravel road to show me the nest of the extremely rare Jabiru Stork. Standing at five feet tall and with a wingspan of eight feet, it is the largest flying bird in the Americas. I politely stepped out of the air-conditioned SUV onto the hot dusty road and made a cursory effort to look for the famed stork but didn't see it. 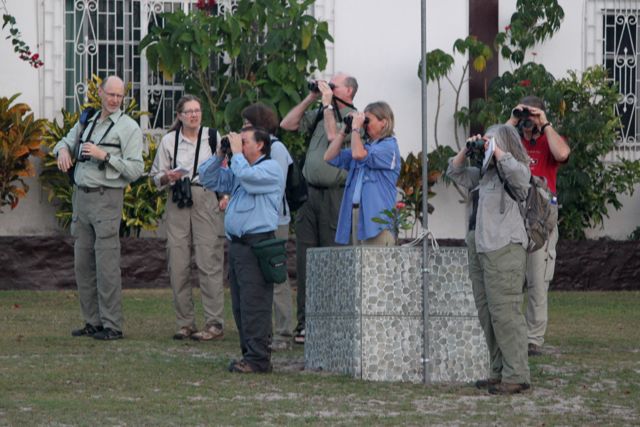 In the morning I met my three other companions at 8AM for the ruins tour. A birding-by-boat tour had been arranged for us as well. It came as part of the package. Honestly, getting up at dawn sounded a little early for me, and the thought had crossed my mind to just skip the birding tour to sleep in, but I figured I might learn something, plus I'd get to meet some of the geeky ornithology crowd. It turned out that the four of us were put on a little boat by ourselves -- the tourist boat -- and kept separate from the true aficionados, who also had the more experienced and knowledgable birding guide Lenny. Well, they were going to be out all day anyway, and we had other things planned. 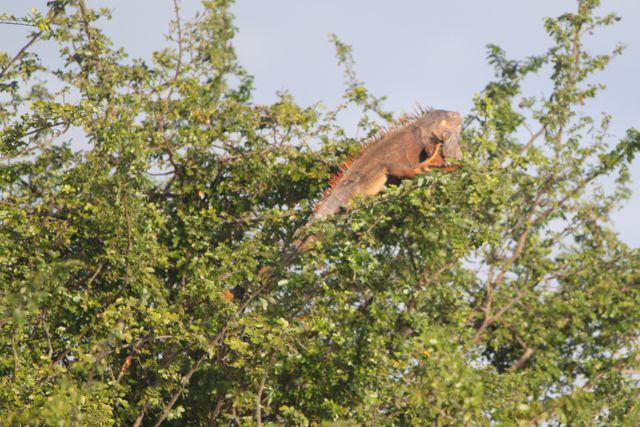 We were each given a laminated cheat sheet with pictures of each of the birds with their names underneath. The boat cruised slowly along the bank. It was surprisingly cool that morning, made even cooler by a breeze blowing over the lake. I welcomed the warmth of the sun as it rose higher in the sky and the clouds burned away. Large iguanas sat in the tops in the trees sunning themselves. Their color indicates their gender: the males are orange and brown while the females are green. 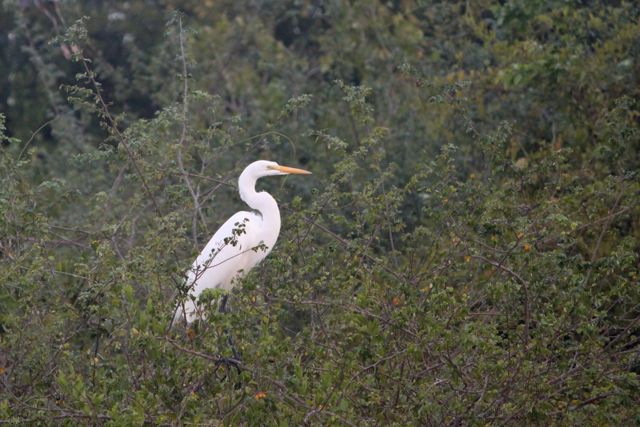 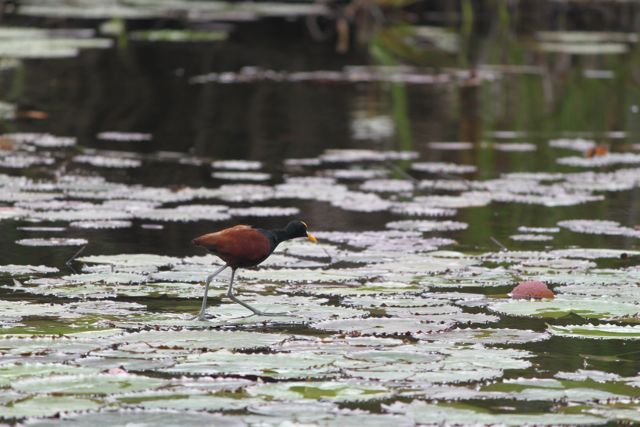 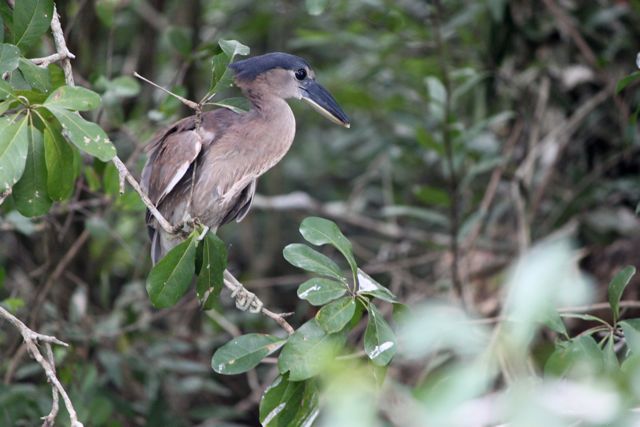 Our guide would point out the birds: a snowy egret, white ibis, kingfisher, olivaceous cormorant, night heron, osprey, "Jesus Christ bird", snail eater, Yucatan Jay, Vajay Jay and what have you. For us dabblers it was good enough just to accurately identify these birds, but in the other boat I'm sure they were having fascinating and animated discussions about plumage and nesting habits, and taking turns mimicking their calls.

I gotta ask is that a Nfld tricolour flag? green white and pink?

Great Post. Which river were you going to kayak up. You don't mention it's name.

The bird photos are lovely.