I bought my first Greenland paddle from Don Beale. He makes each paddle custom fit to the paddler. You have to specify blade width, loom length and paddle length. I have a theory about why Greenland style was a little slow to catch on at first. One reason was difficulty obtaining gear. After all, the whole idea behind Greenland Style was that you have to make everything yourself to fit your own anthropometric dimensions. You couldn’t just go to your local kayak shop and buy everything off the shelf. If you didn’t know of anyone making custom paddles like Don, you had to sort through the stacks of 2x4s at your local big box hardware store for a clear piece of cedar, learn how to use a spokeshave and plane and carve yourself a paddle. Frankly, this resulted in a lot of crappy paddles being made. So probably for a lot of paddlers, their first impression of Greenland Style was a crappy paddle they borrowed from a friend. Despite that, the popularity of Greenland Style has grown inexorably, I think in large part because the paddles are intuitive to use and everyone wants to learn all those cool Greenland rolls!

How times have changed! Now you can get everything right off the shelf--modern materials, traditional design. For the Greenland enthusiast who would rather not bother with all that wood work and DIY nonsense, I recommend the Tahe Greenlander kayak and Brooks tuilik, to get started. Unfortunately, no one is making harpoons yet as far as I know.

For off-the-rack Greenland paddles there are quite a few options. Wood is beautiful but you can’t beat carbon fiber for its strength-to-weight ratio. It allows for the high performance thin blades that would be too fragile if carved in cedar. I love my Superior Carbon GP but it is a one piece and there have been times when I wished I could take it apart for travel. Superior makes a two piece carbon GP with a Lendal Paddlok joint, but at $550 it is quite pricey. It’s not surprising that they are getting a little competition from other manufacturers, including Novorca and Northern Light.

I ran into Paul Diener of Northern Light Paddlesports yesterday at Seattle’s Northwest Paddling Festival. Northern Light makes both Greenland and Aleut style blades. (I bet that Aleut paddle would go really well with my baidarka!) The blades are made of carbon fiber with a foam core. Paul talks like an engineer. He explained how pieces of Kevlar are used strategically to enhance the strength, and that the addition of foam prevents structural failure due to the carbon fiber flexing. Everything is designed on CAD and is constantly being tweaked.

The selling point of Paul’s GPs are their portability. They break down into two 36 inch blades plus a loom of varying size. You can even connect the blades together to make a storm paddle. The loom mates with the blade end and has a grippy silicone surface which holds it together. A single screw with a hexagonal socket fixes it in place. Paul says that people like to keep a spare paddle broken down on the deck. They can slip it together quickly in an emergency and the fit between the loom and the blade is tight enough to hold it together without the screw. 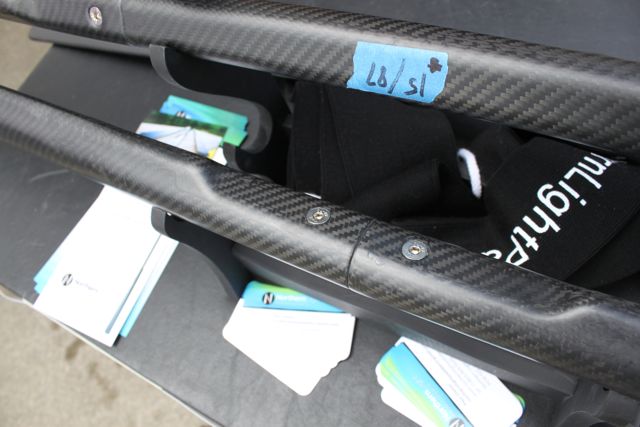 Detail of the joint in the take-apart Northern Light Greenland paddles.

Since I always like to carry-on my luggage when flying I asked Paul if the paddles were small enough to carry-on. He said even if they could fit on a carry-on, the TSA wouldn’t allow it, because “they don’t allow anything that looks like it could be used as a club”. A quick review of the TSA Prohibited Items list will show you that this also includes baseball bats, golf clubs, lacrosse sticks, hockey sticks, and pool cues. Greenland paddles are not specifically listed but I wouldn’t bother trying to argue with those TSA morons. Hell, this just came in today: "The Transportation Security Administration stood by its security officers Sunday after a Florida woman complained that her cancer-stricken, 95-year-old mother was patted down and forced to remove her adult diaper while going through security". It is pure security theatre, a show to make people feel safe, but doesn’t accomplish a damn thing and comes at quite a price. 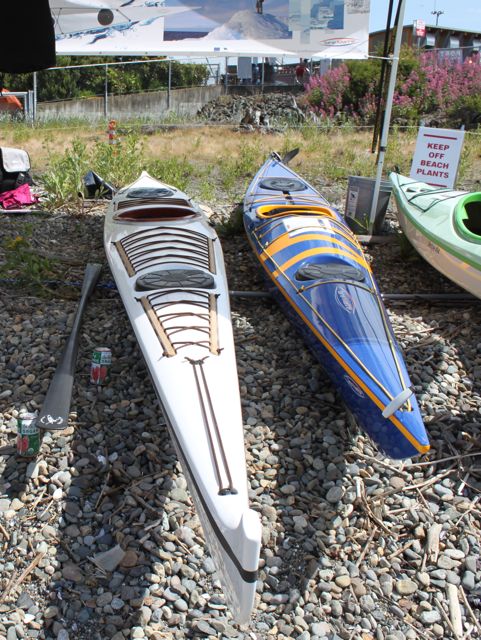 Check out the Zegul bairdarka! This one is made in carbon fiber and is very light. It’s 18 ft long, 21 3/4 in wide. The wood accents are a nice touch, but the deck rigging seems more decorative rather than functional. Of course, I had to try it out. As you might expect, it shows that typical Aleut character: voluminous but fast, tracks well but is not very maneuverable. It could make for a good touring kayak. Unfortunately the lip of the rear rubber hatch tended to get stuck on the recessed edges of the deck, making it tricky to close. I think it also needs perimeter lines and end toggles. 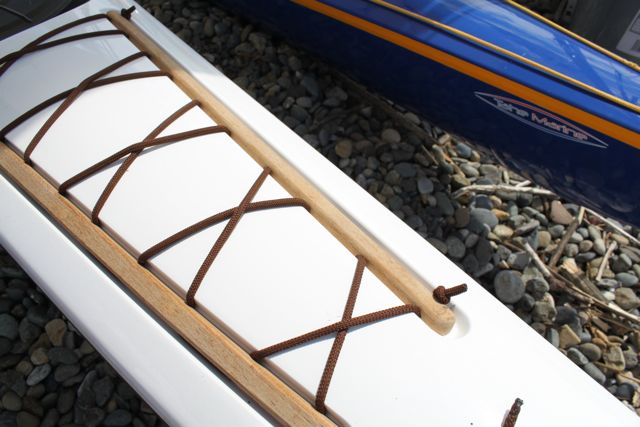 I wish I could have been there this weekend. A little tricky to nip over! I am very happy with my NLP carbon 3 piece. Paul has been great to work with.
When are you off to the Broken group?

HI Mike, I just got back from the Broken Group on Friday. We had an awesome time! I'll post some video later.

I am very interested in that 3 piece GP. From your pix it looks sharp.
I have tested the Baidarka in February but it is not a kayak that suits my style.
As you said: not very manoeuverable and that rear deck is very high, no layback rolls there :-)
My impressions on the Baidarka: http://gnarlydognews.blogspot.com/2011/03/review-comparison-zegul-baidarka-and.html

Carbon fiber is pretty high tech and pricey. I've been making my western red cedar Greenland paddle for those enthusiasts thst want to have a paddle that is beautiful, funcional and affordable to most,

Andrew, thanks for the posting. Been a great couple of months and we are amazed at the support and enthusiasm our paddles have generated!