Although I had spoken with Phoxx Ekcs through Skype in June, I hadn't actually met him in person until after he completed his 28 day expedition along Vancouver Island’s north coast. He called me soon after his trip and said he would be in Seattle for a couple days. I was very happy to hear that he was in town. If you know anything about his trip, you know what a crazy idea it was −− a “primitive living” expedition in a skin−on−frame kayak with no modern gear. No tent or sleeping bag. No drysuit, and, I would later learn, not even a PFD. He didn’t bring any food or water with him from the moment he left Port Hardy, and fished and foraged for food along the way. No one has ever done anything like this before (as far as 21st century North Americans go). So by “happy to hear from him” I meant that I knew there was a real chance that he might not come back from Vancouver Island at all −− alive, anyway. 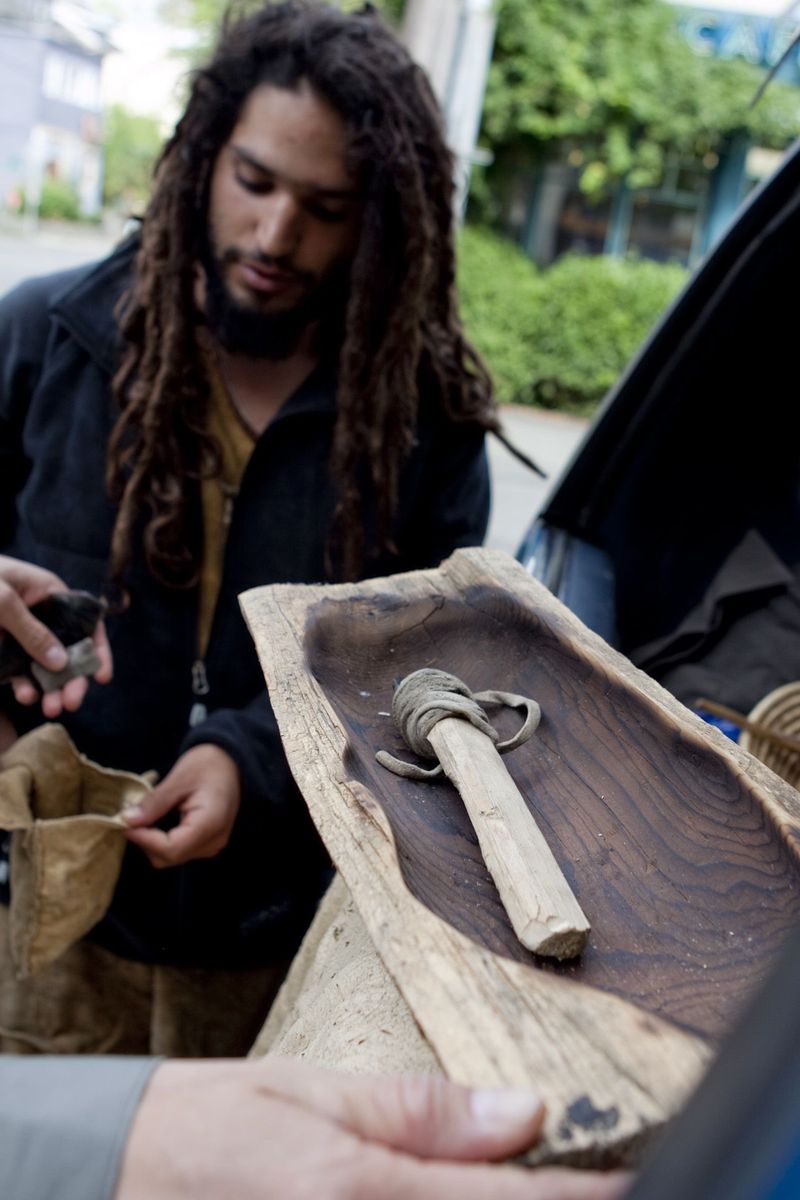 We decided to meet over lunch and after slogging through Seattle traffic and finding parking, I found Phoxx standing next to the back of his truck talking to my friend Katya. To my surprise, he had already given her his kayak! I guess he had grown tired of it and was done with kayaking for a while. Katya, a photographer and graphic artist, had already made plans to use the kayak as a canvas and paint designs on it. 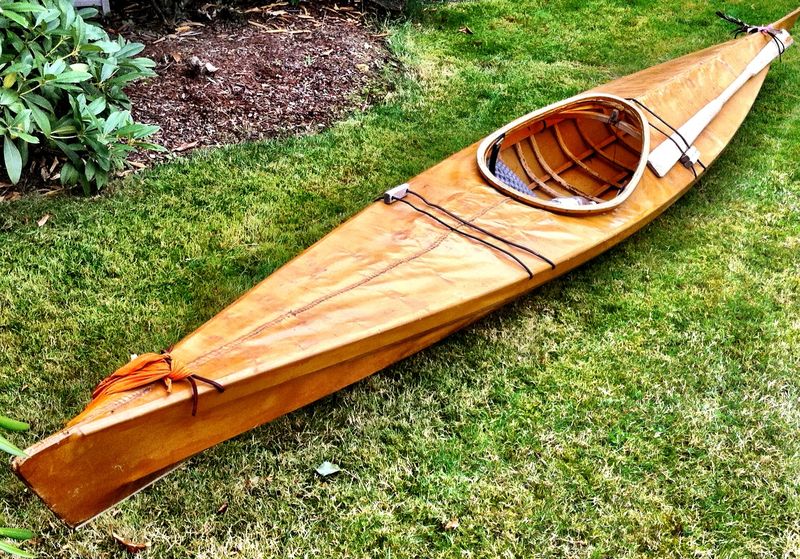 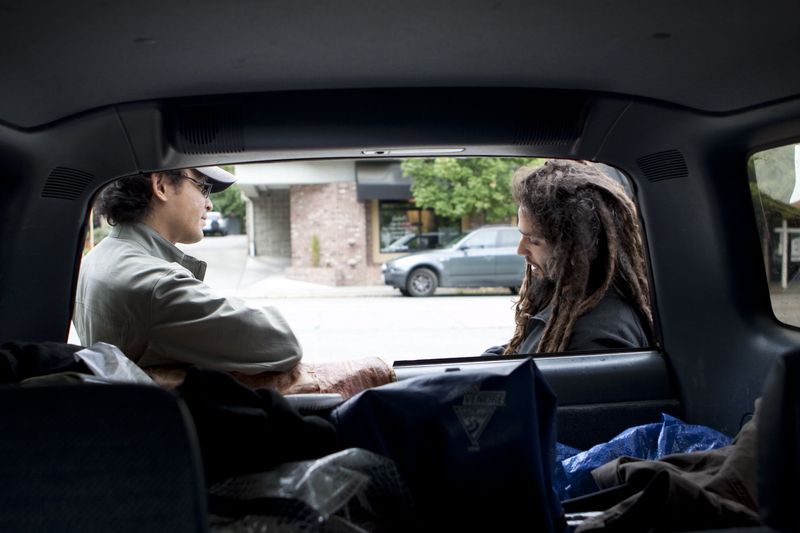 Phoxx’s SUV was stuffed with gear −− a large hand−felted wool blanket, baskets, wooden bowls, bark tan paddling vest, bone fish hooks, a gaff made from antler, obsidian knives in leather bags. Both he and his gear smelled strongly of a dozen campfires.

Phoxx was still dressed in brain tan buckskins. He said he had to catch a photography shoot later that day. A commercial photographer was going to take pictures of him and his gear, so he needed to keep his beard on and look the part. He was looking forward to shaving afterwards. 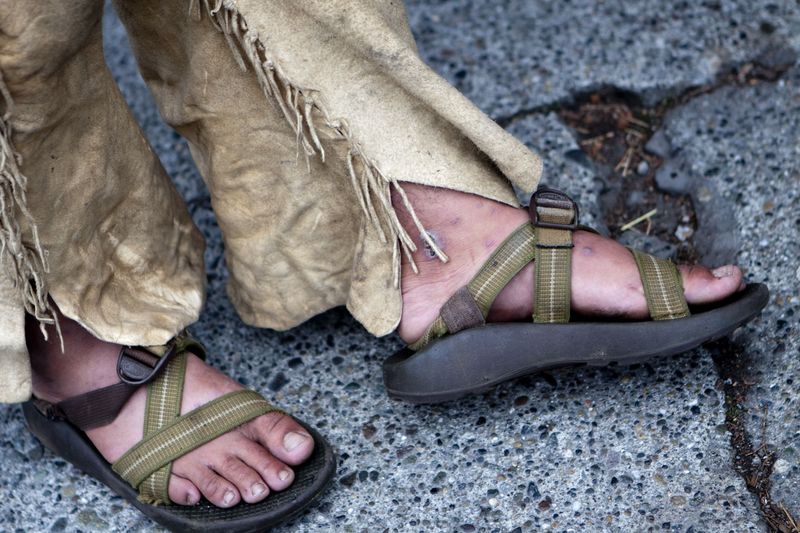 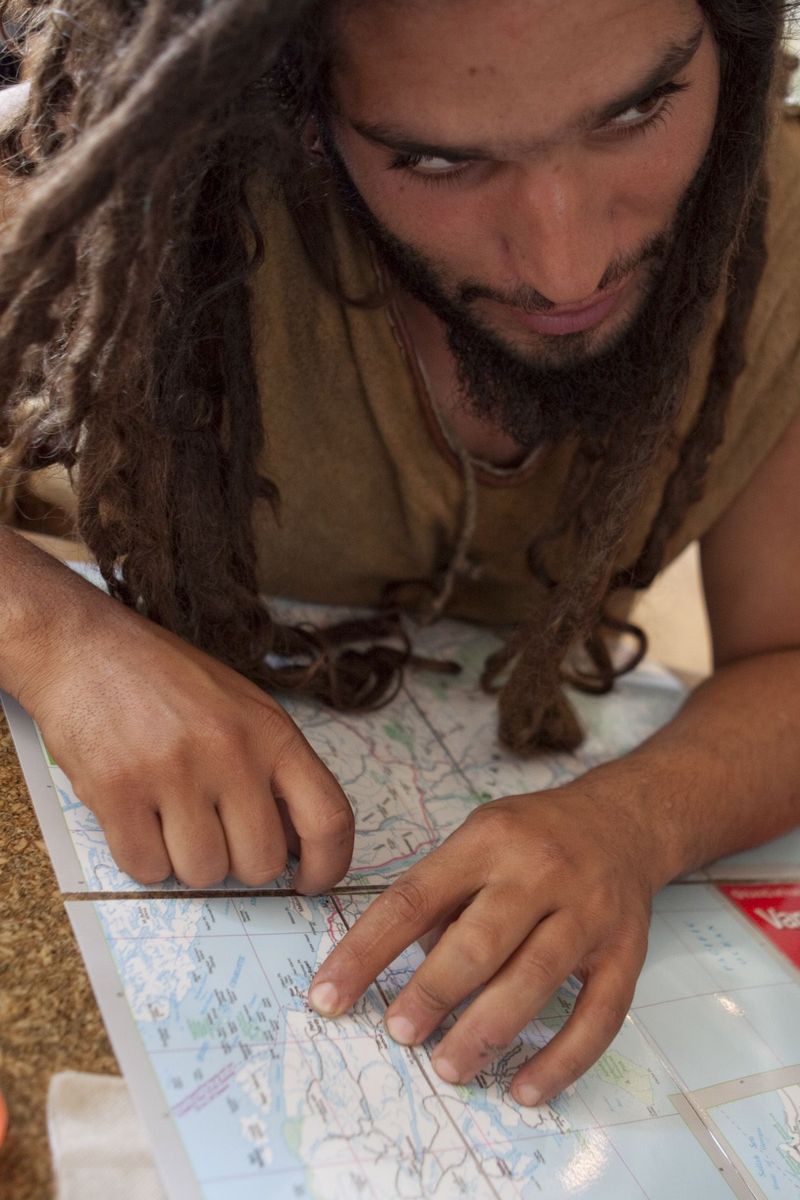 The three of us talked over sandwiches in a busy Capitol Hill café. I took notes but it was hard to keep up with him. He had so much to tell and the stories were rich in detail. It was hard enough to keep everything straight without a map to follow where he went. Fortunately, the voice recorder of my iPhone picked up our conversation over the din of the café.

I remembered that I happened to have a map of Vancouver Island in my car and excused myself to grab it. He pointed out how he had covered over 120 miles round trip from Port Hardy to Cape Scott, half of it sea kayaking and half hiking along the new and challenging North Coast trail.

I had intended to write an article about his trip for this blog, but Phoxx had another idea. Why don’t we just shoot another interview? After all, it’s far better to hear about his journey in his own words. It worked for me too, because personally I prefer cutting video than writing.

We shot the interview the next evening at my place in downtown Tacoma. Phoxx is an intense and engaging speaker, and just flowed with story after incredible story, about making deals with bears, going days at a time without food and very little water, paddling into 8 foot waves and 60 mph winds, and barely surviving hypothermia. Even though I cut out a lot for length, there was so much to tell in this epic journey that the final cut came to almost an hour. I divided it into four parts to make it easier to digest. I will start releasing the interview parts one at a time every few days. 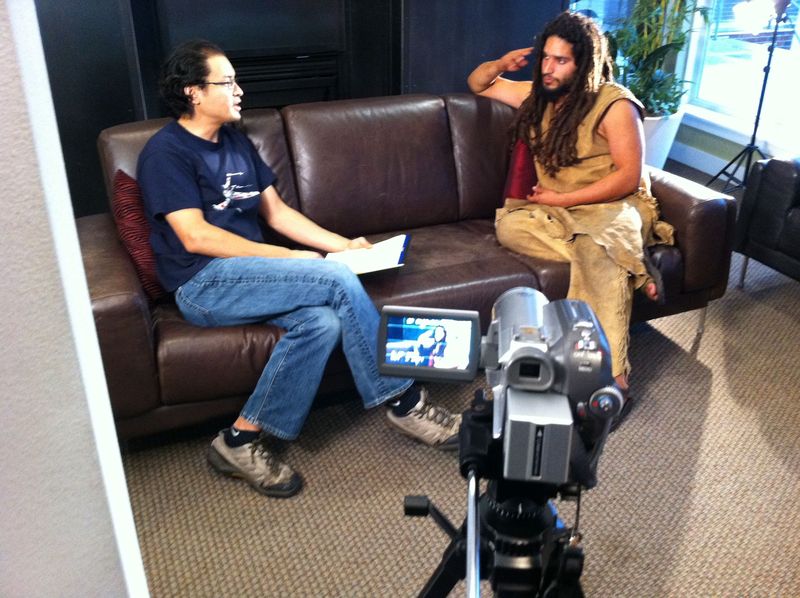