Island Keeper: A Conversation with Phil Green from Baby Seal Films on Vimeo.

Last month Katya and I caught up with Phil Green, naturalist and steward of Nature Conservancy’s Yellow Island Preserve. Yellow Island lies southwest of Orcas Island among the Wasp Islands group and is a short two nautical mile paddle from Deer Harbor. We put-in just north of the Deer Harbor Marina, at a public park on Upper Deer Harbor Road I think called the Deer Harbor Preserve. The park is small and easy to miss. There is also beach access at the marina but they charge a small fee for launching kayaks. The park has a gravel parking lot surrounded by fruit trees and a short trail which leads to the beach. This late in the summer the fruit was ripe, and we spent some time foraging for apples, pears and blackberries before heading out. 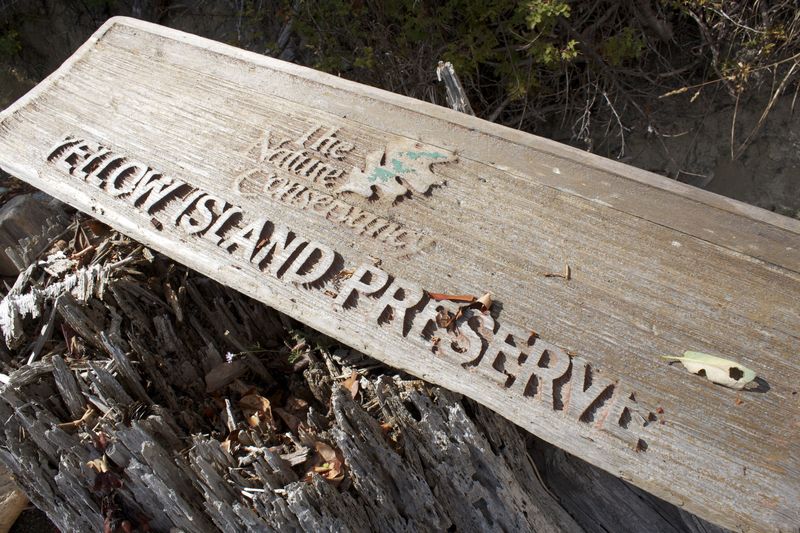 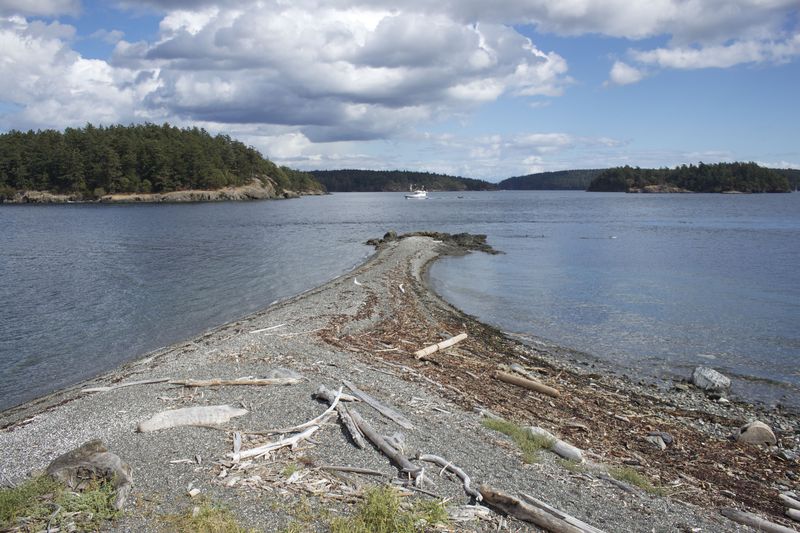 I first met Phil on Yellow Island seven years ago. When we arrived on the island, I was surprised to see him still hanging out by the same driftwood cabin. He invited us to walk around and explore.

Phil has been living on the 11-acre island for over 14 years. As island steward, he spends his time collecting natural history notes, recording first bloom dates for the wildflowers, protecting the island from invasive species, coordinating the maintenance and restoration work on the prairies including managing annual controlled burns, collecting seeds, and greeting over 1500 visitors who drop by every year, often arriving by sea kayak. In his spare time he enjoys photography and scuba diving. His photographs have been featured on Nature Conservancy’s website, as well as his blog, “Island Time on Yellow”. 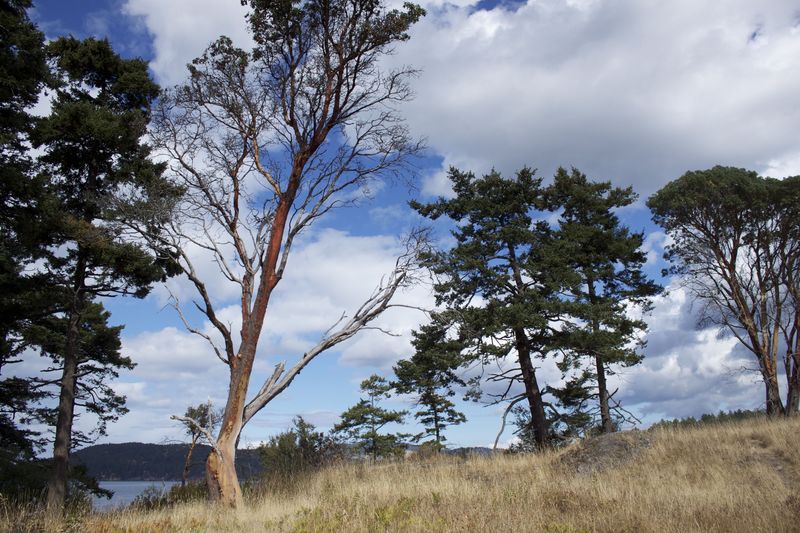 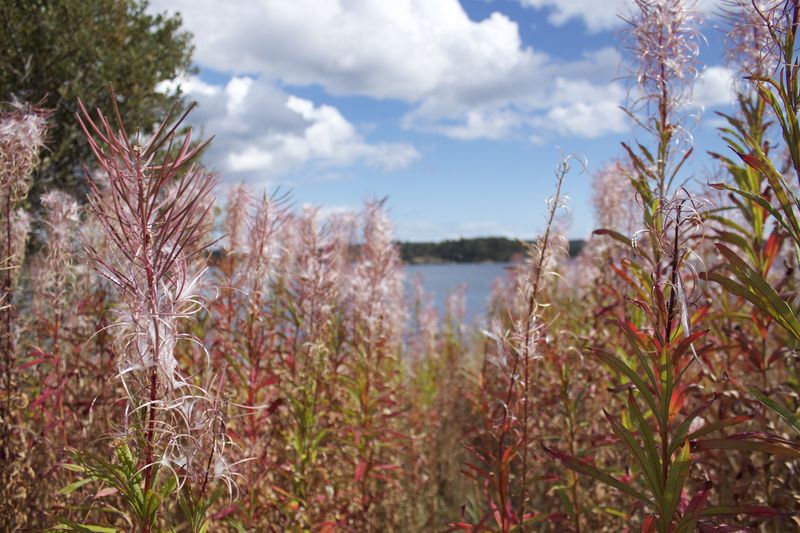 Yellow Island is the centerpiece of Nature Conservancy’s marine conservation efforts in the San Juans. The Conservancy purchased the island in 1979 from the Dodd Family, who originally homesteaded the island in 1947. Lew and Elizabeth Dodd built all of the structures on the island that still stand today, including the central driftwood cabin.

Yellow Island is unique among the San Juan Islands in that it has prairies that were maintained by the Native Americans, possibly since the last Ice Age.The Native Americans burned the foliage on the Island to promote the growth of camas. The camas bulb was a staple in their diet, and was second only to salmon as the most important item used for trade. The land has never been farmed of grazed, so it has remained in its original state. Without the regular fires, Yellow Island would start to resemble the other islands in the San Juans, and become covered in douglas fir, cedar, and big leaf maples. To maintain the prairies, the Nature Conservancy had to continue to do annual controlled fires. After a burn, the shrubs and dead grasses are eliminated, clearing the way for a spectacular display of wildflowers in the spring. The best time to see the island is in the spring, when the flowers are in full bloom.

The waters surrounding Yellow Island are a marine preserve, visited by sea lions, minke whales, and orcas. Harbor seals use a nearby rock as a haul out. Phil captured a transient pod of Orcas hunting the seals on camera. His photographs of the orcas as well as the flowers in bloom can be seen on his 2012 Yellow Island calendar. 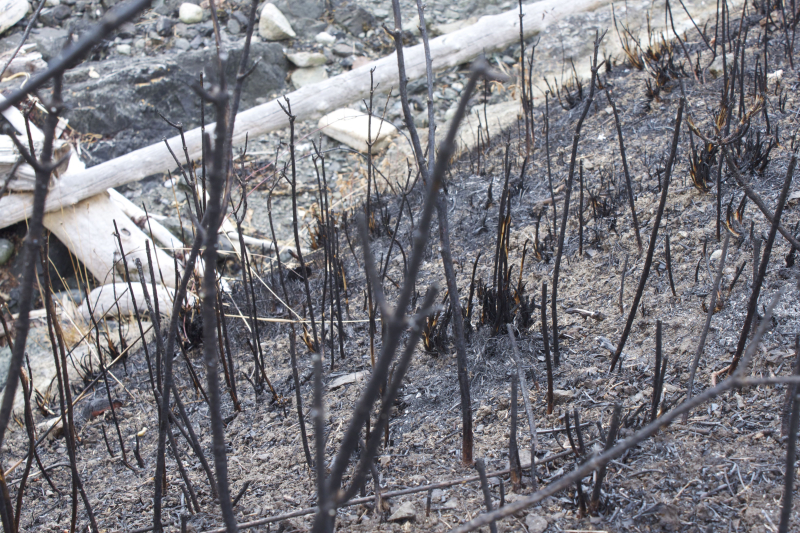 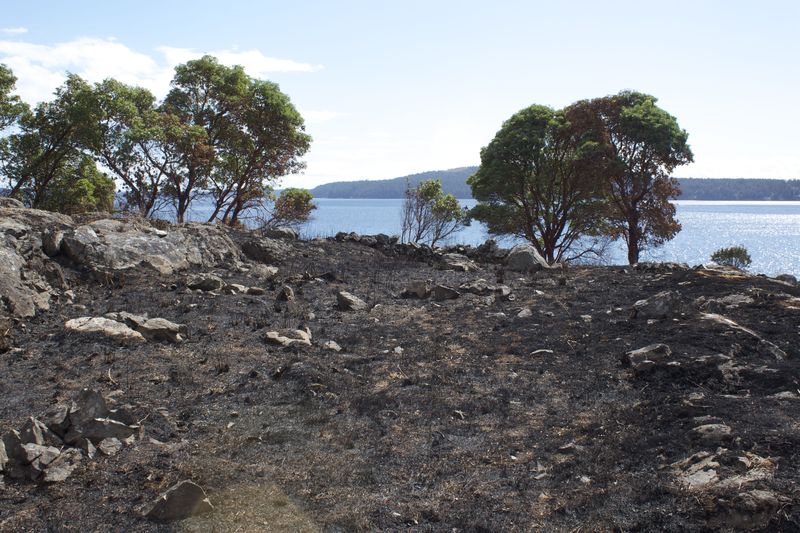