On the long, winding bus trip up to Baguio I was fortunate to sit across the aisle from Dr. Cannell, one of the two other anesthesiologists on the GO-MED team. He is an experienced missionista, so I was able to pick his brain for tips on dealing with the anesthetic challenges I was about to face. He passed me some of the handwritten notes he took last year. They included details on the types of cases, including information about the patients' co-existing diseases. As expected, filipino patients are shorter and smaller than North Americans, and never obese, which had implications for drug doses and selection of airway sizes. They were hardly ever on any medications, had no drug allergies, and rarely had had previous surgery. Severe tooth decay and undiagnosed, untreated high blood pressure are also common -- evidence of the limited exposure to health care that comes with poverty. 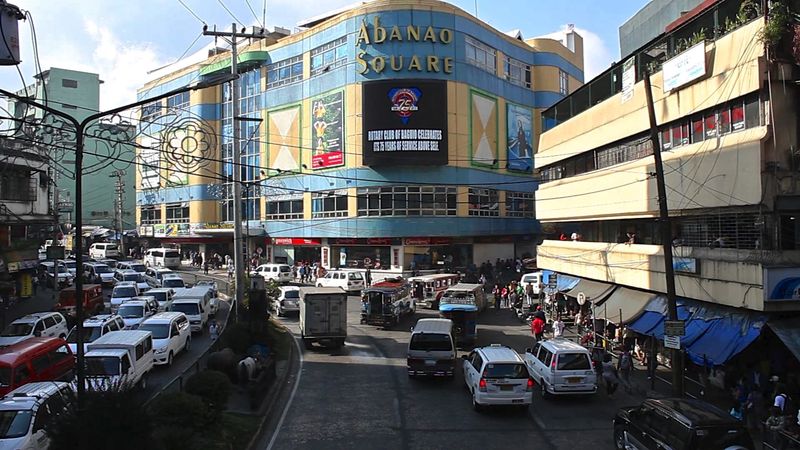 Another thing that he observed was that lot of patients suffered from asthma and chronic obstructive pulmonary disease. The air quality in Baguio and all the urban areas in the Philippines is awful. Pollution comes primarily from traffic and poorly maintained vehicles (mostly running diesel engines), plus numerous small fires used for cooking food and burning garbage. Cigarette smoking is also very common, especially among men. But Dr. Cannell also saw many non-smoking women from rural areas who also had severe COPD. He reasoned that a lifetime of cooking over open fires with poor ventilation was responsible. COPD is a condition characterized by destruction of the air sacs in the lungs which results in loss of elasticity of lung tissue and a decreased area available for gas exchange. Chronic inflammation of the airways produces asthma-like symptoms, and increased and retained pulmonary secretions. When these patients undergo major surgery they are at risk for bronchospasm and postoperative pneumonia. We would give them preoperative bronchodilators and steroids but sometimes their disease was so advanced that the benefit was minimal. 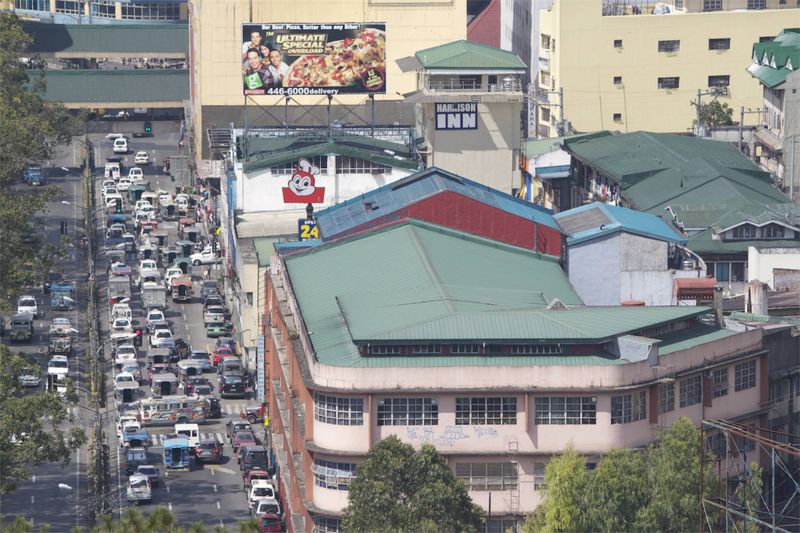 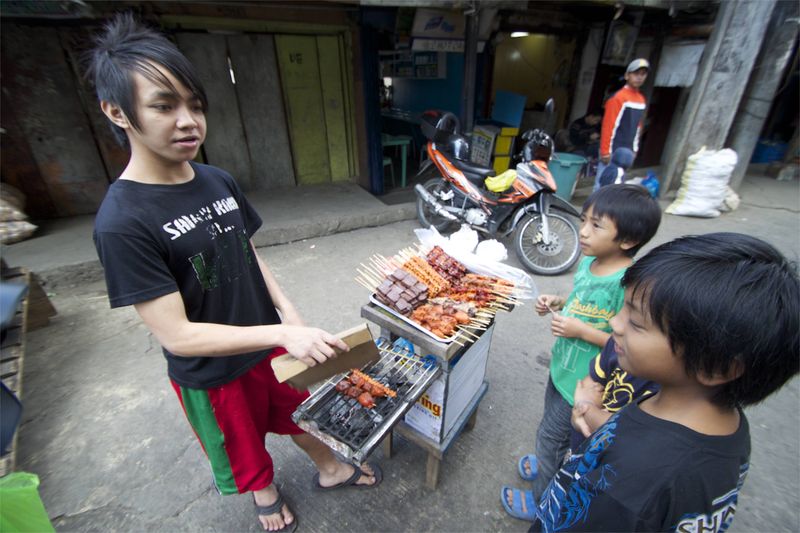 By the way, Filipinos are experts at grilling meat over open fires. You will see them cooking up skewered chicken on the street, including all the parts we normally throw out -- chicken feet, intestines, heads, and cubes of congealed blood -- on top of a grill made out of an old cooking oil can. While in Manila we even saw a man squatting by coals cleverly piled up in the gutter, grilling a thick fish steak. Our tour guides in Palawan would whip up a fire with glowing coals on the beach in no time, and cook up a feast of barbecued chicken, pork and fish for lunch. I think one of the secrets is to fan the coals with a hand fan woven from palm leaves. 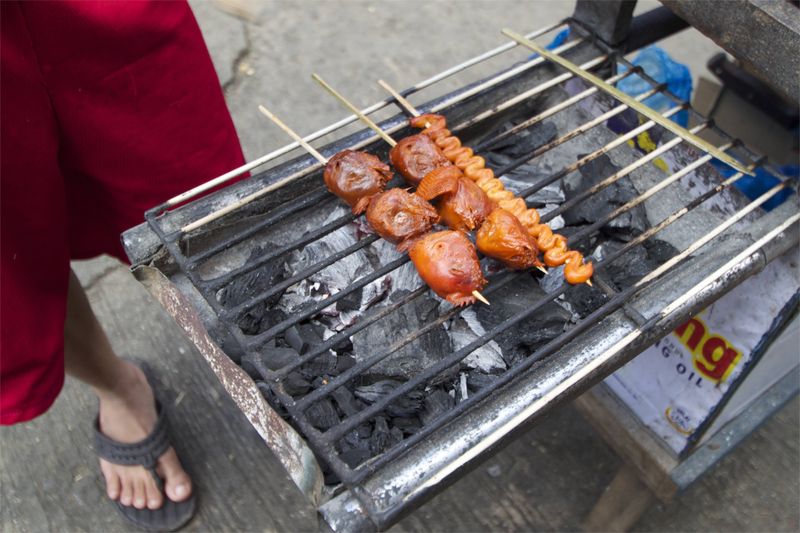 There is a big difference between the disease patterns seen in poor countries compared to that seen in rich countries. In the United States we have an epidemic of obesity and its related conditions: type 2 diabetes, hypertension, obstructive sleep apnea, coronary artery disease, and cancer (breast, prostate, and colon). You can blame that on diet and behavior -- the increased consumption of meat and animal products, refined carbohydrates, and highly processed foods, plus an increasingly sedentary lifestyle. These “diseases of affluence” associate with each other because of common causes. Indeed, death in America is largely a food borne illness. In contrast, the list of diseases typical of poor countries include pneumonia and pulmonary disease, intestinal disease (due to nutritional inadequacy, obstruction and poor sanitation), parasitic diseases, metabolic and endocrine disease (other than diabetes), and diseases of pregnancy, plus many others. 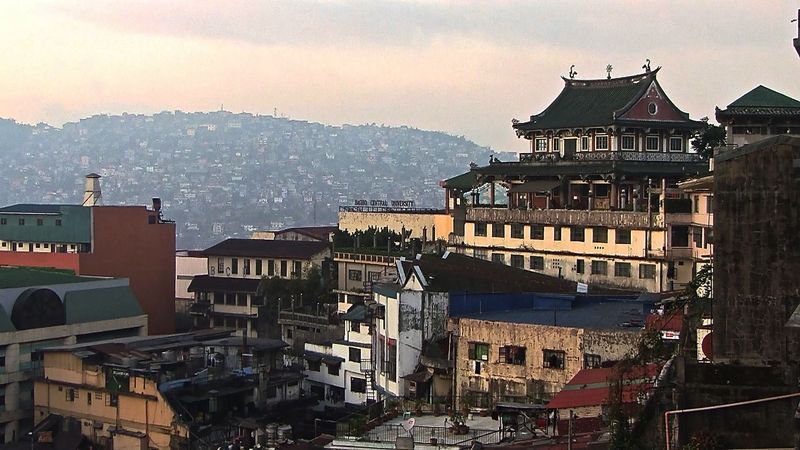 As the economy of the Philippines continues to improve, its people are changing their eating habits. Fast food restaurants like Jollibee, Goldilocks, and Chow King are popping up all over to meet the desires of a growing young, urban population. (The median age in the Philippines is 23; in the United States, it is 37.) The diet is changing to resemble more of a western diet -- highly processed, prepackaged, convenient meals that are calorically dense but nutritionally poor. Diseases of affluence are predicted to become more prevalent in developing countries as diseases of poverty decline, longevity increases, and lifestyles change. 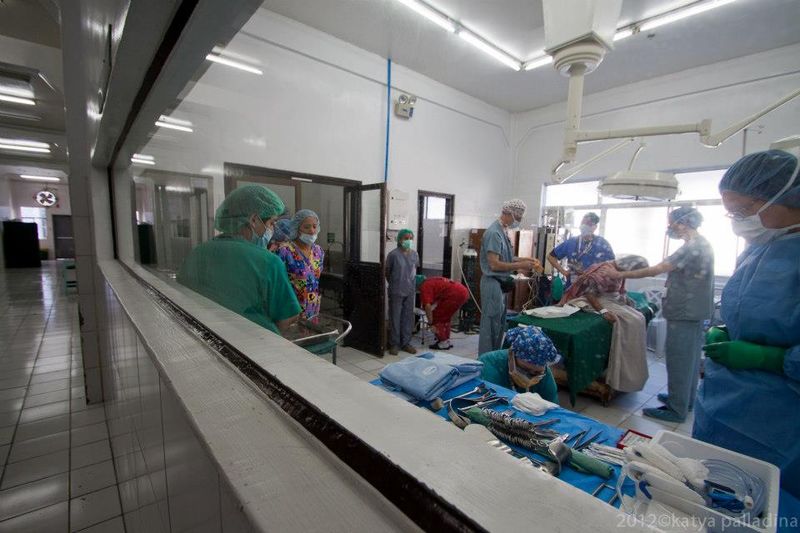 Now back to the action at Baguio General Hospital. Our gynecologists, Dr. Young and Dr. Coll, performed surgery on a patient to remove a very large cystic ovarian mass. It was so big that the patient appeared to be carrying a full-term pregnancy. Using ultrasound, they calculated that it contained 8.3 liters of fluid. Afterwards, Dr. Young said that it was the largest cyst he had seen in over 30 years of practice. The patient had been living with it for two years. Obviously, the lack of access to health care results in patients not presenting for treatment until their disease has reached an advanced state.

Removal of the mass first required drainage of the fluid, then careful dissection away from surrounding tissues, including areas where it adhered to the bowel. The anesthetic concerns were primarily to monitor and keep up with blood loss and fluid requirements. The large mass could contribute to respiratory compromise when the patient is lying flat. Another concern was supine hypotensive syndrome, which is a drop in blood pressure that can occur when a patient in late pregnancy is lying flat on her back. The pregnant uterus, or in this case the mass, compresses the inferior vena cava, obstructing venous return from the lower extremities, resulting in low blood pressure and decreased cardiac output. This is especially true following induction of anesthesia (either general or regional), because of the vasodilation caused by anesthetic agents. This can be minimized by preloading the patient with IV fluids and placing the patient is slight left side down position, which helps relieve the obstruction.

Another issue was postoperative pain management. Because of concerns over opioid-induced respiratory depression, the nurses on the wards at BGH do not give any opioid analgesics such as morphine or oxycodone. Patients can only get Tylenol and ibuprofen after surgery, so we try to do everything we can to minimize their postoperative pain. Our anesthesia coordinator, Dr. Hoskin, came up with the idea of performing bilateral paravertebral blocks in patients who were going to have open abdominal procedures. The technique uses an injection of long-acting local anesthetic to anesthetize the nerves as they exit the low thoracic spine on their way to the abdomen. When placed immediately prior to surgery, the block reduces general anesthetic requirements, and can provide significant pain relief for about 24 hours. It's an elegant solution to the problem of pain management, and I was surprised how easy it was to pick up the technique after Dr. Hoskin demonstrated it to me. 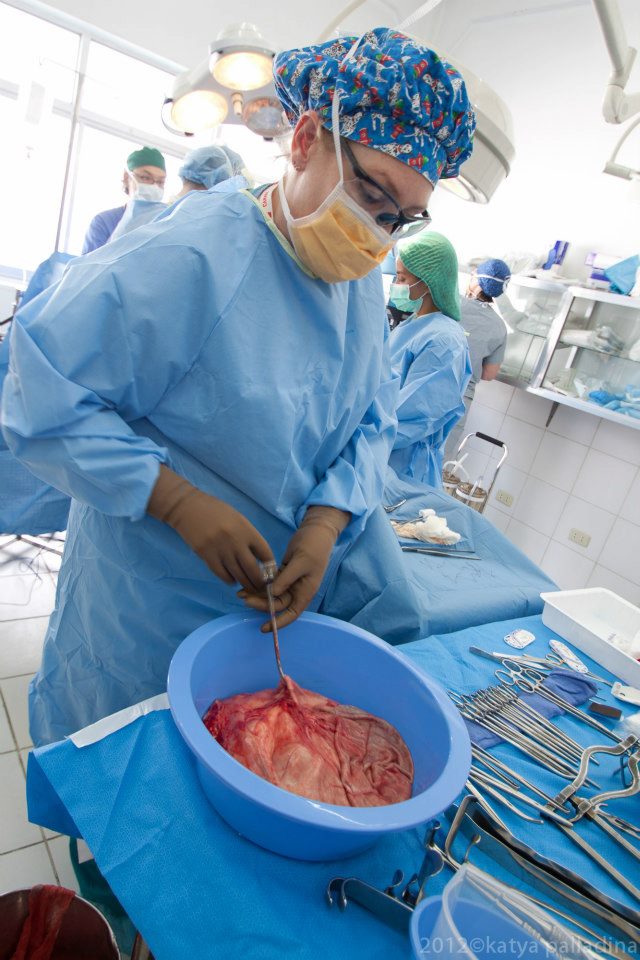 The mass turned out to be a dermoid cyst, which is a benign tumor originating from germ cells. The cells in a dermoid cyst are highly developed into mature tissues such as skin, hair, teeth, nails, and bone. It is not fetal tissue. And it is not to be confused with a parasitic twin that was enveloped by the patient before birth, known as fetus in fetu, which is an extremely rare condition. Some people don’t understand that though. Years ago I had a patient who insisted on having a spinal anesthetic so she could be totally awake for the removal of her small dermoid cyst. She wanted to see it as soon as it was removed, and even gave it a name and a proper burial.

[WARNING: Video contains graphic material. Do not watch it if you are at all squeamish!]

Removal of a Dermoid Cyst from Baby Seal Films on Vimeo.

Posted at 11:57 AM in The Philippines Medical Mission | Permalink | Comments (0)