I thought I would post this as this year's Tribal Canoe Journey approaches. On August 1st-6th, 2013, the Quinault Indian Nation and the Quinault Canoe Society will host this year's Canoe Journey, the Paddle to Quinault. The Canoe Journey creates opportunities for tribal members to re-learn, strengthen and reinforce their canoe traditions and has become symbol of cultural revitalization on a national level. Around 90 US tribes, Canadian First Nations, and New Zealand tribes are expected to join the celebration.

From the Paddle to Quinalt site:

"In 1989 Emmet Oliver a Quinault Tribal Member and Frank Brown of Bella Bella B.C. had the idea, timing with the Washington State Centennial Celebration to “Paddle to Seattle”. The historic event involved nine traditional ocean going cedar dugout canoes traveling on the water making a journey from coastal villages of Northwest Washington and Canada to the Port of Seattle. The Paddle to Seattle event in 1989 sparked interest with the Washington Coastal Nations. The Quinault Indian Nation, as well as other Nations have been working to heighten the awareness of tradition and culture by continuing the revival effort of 1989, renewing tradition and culture. This initiated an annual event starting in 1993 where people of the Pacific Northwest from the coasts of Alaska, British Columbia and Washington State came together traveling to celebrate and share traditional songs and dance . Canoe Journey is a drug and alcohol free spiritual and personal journey affording youth, elders and community to engage in healing and recovery of culture, traditional knowledge and spirituality." 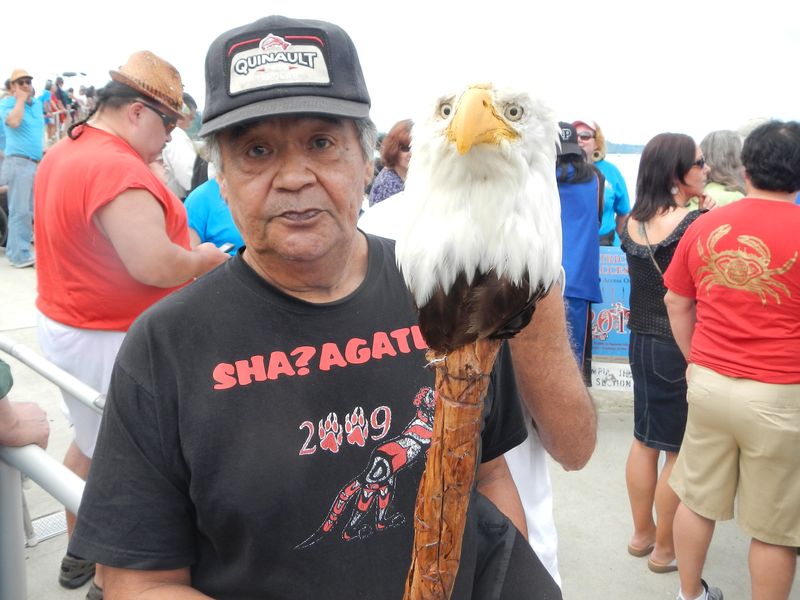 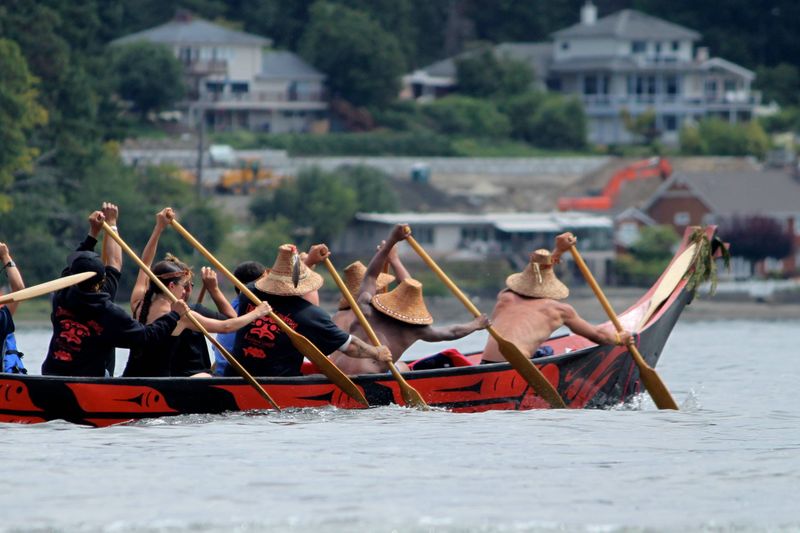 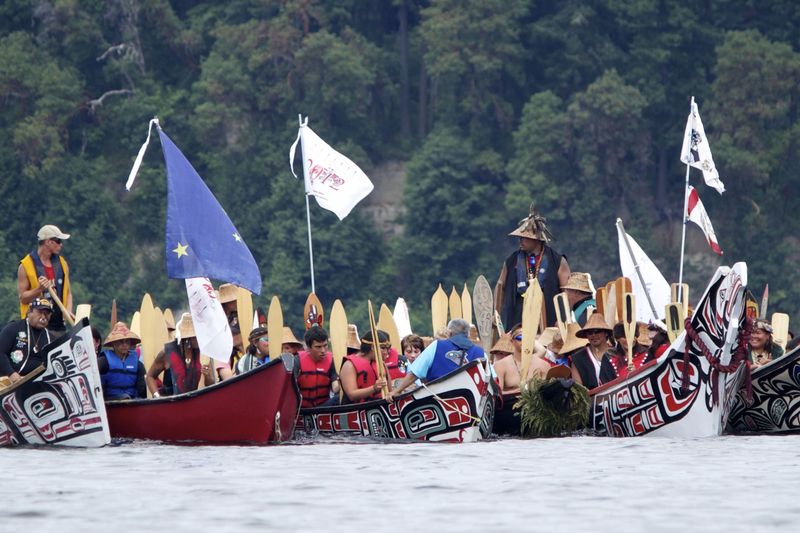 I seem to remember that in the past the Canoe Journey was simply referred to as the "Tribal Journey". But now it seems like they are getting away from that term and calling it the "Canoe Journey", which I think is a more appropriate since it emphasizes the central role of the traditional Salish canoe and avoids the word "tribal", which to me implies exclusivity and division along ethnic lines.

I have been fortunate to watch the Canoe Journey close up in the past. Back then, the event was smaller and you could walk around the staging area and talk to the canoeists, and even paddle along side of them to the landing site. I think they got wise since then and significantly beefed up security. At the Olympia landing ceremony last year, they had police escorts, as well as other private motor boats and canoes with big banners that said "Security" on the them. The police had basically closed off half of Budd Inlet to navigation and were keeping curious boaters and sea kayakers far away. There was actually a lot of yelling through bull horns and threats tossed about, such as "Stay away or we might go all native on you!" Followed by war cries. Seriously. I'm guessing that the fact that Governor Christine Gregoire was there to give a speech probably contributed to the generally paranoid atmosphere. On the other hand, I was actually able to get closer to her than I was to any of the canoes. So if you are expecting to get close to the action and take some good on-the-water pictures at this event, be respectful and come prepared with a really long lens. I'm guessing they've had their share of encounters with over-enthusiastic photographers both on and off the water over the years and got tired of having to deal with it. 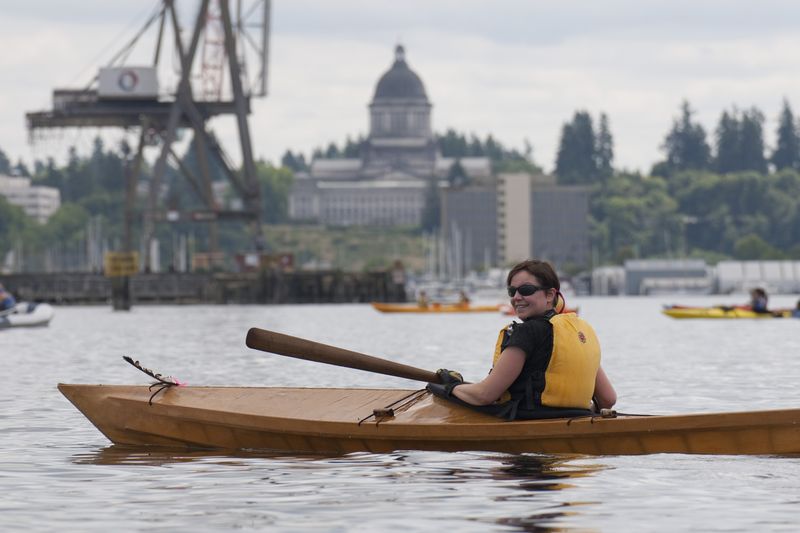 Katya awaits arrival of the canoes, the state capitol building in the background.

If you are lucky, during the month of July you may actually run into some of the individual canoes traveling through Puget Sound and the Strait of Juan de Fuca, working their way over several days to the final landing site. I highly recommend going if you get a chance to see the final landing. It's an amazing spectacle, a long ceremony and deeply spiritual, with lots of drumming, chanting, and ritual as each individual tribe's canoes are welcomed onshore. It feels like a big family reunion, but they tolerate outsiders to watch, and some are happy to share their stories and traditions.