JAIME SHARP: Encounters with Polar Bears and the Svalbard Expedition

Explorer/adventure photographer Jaime Sharp is in arctic Norway right now, attempting the first successful circumnavigation of the Svalbard archipelago by sea kayak with a team of two other kayakers, Tara Mulvany and Per Gustav Porsanger. Three previous attempts have been made, all ending in failure. Among the biggest hazards: polar bears. There are over 3000 polar bears living on the island, which makes it one of the areas with the highest concentration of polar bears in the world. “Polar bears are one of the few animals that are purely predatory,” Jaime said, speaking to the crowd gathered at the Pacific Paddling Symposium on Vancouver Island this past May. “And they are one of the only animals that will actually hunt humans intentionally, not because they are curious but because it’s like, you are moving, so you are food. Polar bears will also hunt the seals that have burrows under the snow. They walk around listening for them and smelling them out. Then they smash through the snow and pull the seal out.”

Jaime says that polar bear attacks were the reason for the failure of two previous attempts at the Svalbard circumnavigation. During the first expedition, a polar bear smashed one of the kayaks, so the team had to back out. In the last expedition, “a polar bear actually attacked them in their sleep in the tent. Dragged them out of the tent, one of the guys by his head. They had to shoot the bear.” As the bear came through the tent it stood on one of their rifles and snapped it in half. Luckily they had two, so they were able to get the other rifle and kill the bear.

To deal with polar bears, Jaime's team plans to have an active watch: “In the high concentration bear areas, one of us will be staying awake at any point. So we will do three-and-a-half hour shifts, staying awake as well as having a perimeter fence. On top of guns, we will also be carrying daggers and flares and stuff like that, doing everything we can before have to shoot a bear.” 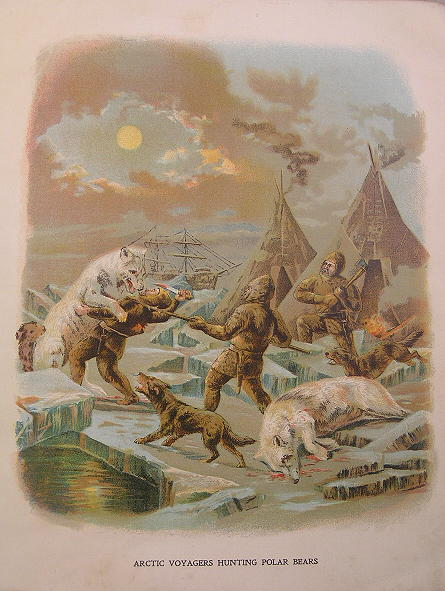 Another hazard is ice. The second expedition was cancelled because pack ice came in and the team had to start dragging their kayaks across the ice. The ice "started drifting away, taking them away from the island. And eventually they fell through the ice so many times they got injured, and they had to abort. So the ice and the polar bears are probably the biggest risk. Then on top of that you have the walrus. They can be territorial on the water and are known to come up to Zodiacs and puncture the Zodiacs with their tusks. Imagine them coming up to a kayak — they’ll rip the the back half of your boat off! The ice is also an issue not just because it might drift and block us off, but it may not actually recede. It may not actually melt completely and we can’t actually get around a quarter of the island route. So those are kind of our biggest challenges that we’re facing.“ 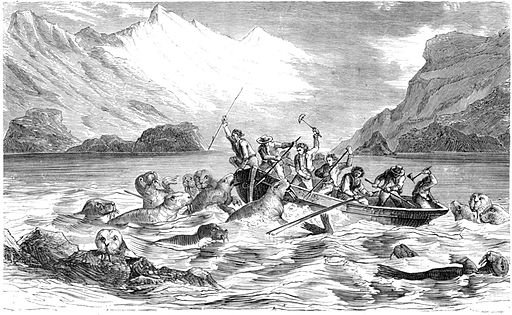 Below is the complete transcript of our interview.

Andrew: Have you personally had encounters with polar bears?

Jaime: Back when I was like 25 I guess, or 26 —not too long ago, I’m only 34 — I worked up in Churchill, Manitoba and I was a dogsled guide up there. We’d actually run clients out on the tundra. Anyone who knows of Churchill, Manitoba, knows it’s the polar bear capital of Canada. So we’d see polar bears pretty much every day. Numbers of them. We’d encounter them on the dog sleds. Our dogs would want to chase them. The bears are scared of dogs, especially when you’ve got 8 of them trying to chase them. So my biggest issue was trying to stop the sled and keep them in position while I got the shotgun off my back and fired off a blank above them just to make sure the polar bear is running.

Then we would have them coming at night. We had a little cabin we lived in. We had 46 dogs that lived around the cabin and an electric fence. And we had all the frozen chicken meal and stuff that we’d use to feed the dogs under the house, but the polar bears could smell it. So they would be coming in at night time to look for this food. They’d hit the electric fence. that would keep them back, but then the dogs would of course be barking. So we’d wake up. Here’s this huge polar bear on the other side of the fence. We’d have to put a spot light on it to see it. It’s not been deterred by all these dogs, so then we’d have to shoot blanks. And that wouldn’t necessarily work. So then we would have an M80 shell that you could shoot. We would shoot a little wad of explosive out, and it would go BOOM. And then sometimes that wouldn’t work. We had to bounce one off of one one time, a big male who was probably 13 ft tall, if he stood on his back legs. That was kind of a regular occurrence on most nights.

And then we had another instance where we were right next to the arctic research center and that was where we’d go have meals. And they had a storage room with the freezers in the back. So they pulled out all the meats and stuff to thaw one night for all the staff, and they had a bunch of tofu sausages and bacon and sausages and stuff out there. And these two young polar bears came in and they broke open the wall. And they took and ate all the food, and they left the tofu sausages!

But then the next day, they had to get out the traps. They had these big trap door barrels, these huge barrels that they could go inside, and then it shuts. They had to trap them, but only one was able to be trapped. That was a very interesting to sit and watch them actually go in and see the trap go down. This trailer that it was on, I think it took like six men to manhandle off the back the back of the truck to get it into position. It was just really solidly built. Suddenly the trap doors comes down. This young polar bear is in there, and this whole thing is lifting up and down on it’s wheels as it’s trying to bash its way out. So you can just see the power of the bear. And that was really interesting because at that point I was able to go up to the grille and be like THIS CLOSE to the polar bear. And he’s in there and he’s just putting his claws down the grille, and he’s taking the paint flecks off the steel grille. You can just see how much power was in those claws, and you just knew that if it was raking human flesh, there would just be no chance. That was really my closest encounter with them.

But then I’ve also had closer, more insecure moments with them, where they’ve been maybe 200-300 meters from me, and all that’s between me and them was the shotgun I had in my hand. So that’s always been a little bit more intimidating. Just walking between our house and where we eat, and there’s a polar bear sitting on the tundra. Just keeping an eye on them, just making sure that they’re there.

But this trip is going to be a totally different barrel of polar bears really, because the ones in Churchill are used to having people around.They are used to being hunted by man. They are used to dogs hunting them with man. So they’ve got more of an intimidation factor against them from man and dogs. So it was easy to use that aspect to sort of stay safe. But where we’re going in Svalbard they have not been historically hunted by man, so man is definitely something that’s on the food chain for them. They are a lot more curious. They are lot more willing to encounter man. But that being said, there’s 3000+ polar bears on the island, but in the last 10 years there have been maybe three polar bear attacks. So the odds are pretty low still. There’s probably still more chance of being run over by a car than anything.

Katya: So the reason you’re going is because you just love polar bears? Honestly. I mean, what are the reasons?

Jaime: Well, I love kayaking. I love the challenge of kayaking. For me it’s an epic opportunity to actually do a kayaking trip that’s a world first. It’s also a trip that pushes everything I’ve known about kayaking and what I’ve been able to do. I started kayaking when I was 12 years old and I’ve just pushed it, and I’ve been an outdoor educator and guide and instructor. This for me is a chance to see what I’m made of, and also to be able see polar bears. You don’t want to see them too close. It’s always amazing to be out there. You see walrus and polar bear and bowhead whales and stuff like that. That’s always pretty magic. To go to a place that no other person has very rarely ever been, especially by kayak, is a very unique kind of experience. That’s something that I’ve always longed to experience.